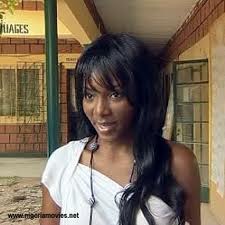 “Nollywood actress Genevieve Nnaji seems to have seen it all, the good, the bad and the ugly. In a recent interview, Genevieve talks of how her world came crashing when she discovered she was pregnant at the age of 17.

“The pregnancy was seven months gone before my Catholic mum discovered it. She couldn’t believe it,” she said. How can she be pregnant when she was “very careful” according to her still remain a mystery to her till date. When a test confirmed it, her parents were disappointed but stood their ground against abortion. “I didn’t feel anything. I didn’t even know till I was about four months. It was there, but I was still in shock. I didn’t believe it”.

“The only time I actually believed it was when I saw it in a scan. Seven months! And I saw it’s in there and I said, “Okay, it’s true!” I was like, “Oh, it’s like some disease….” I think I was pretty much hard on myself then than my parents alternative then, but it was too late, because not until I was four months before we discovered it and so it was not what we could do, and my dad was like, ‘it’s a child for Christ’s sake. God knows why he wants to bring that child into life”. We are Catholics and it’s just that conscience, you do wrong once and doing another would not make the first right. So, you either correct your mistake by doing the right thing. If I was pregnant, and then have an abortion, it would have been like murder after fornication! So, that was basically wrong.”

Advising young ladies about pre-marital sex, she said “abstinence is the prevention, having a child at an early age will slow you down one way or the other.”or people. I was harder on myself, really. My parents reacted the way any parent would react – disappointed. I didn’t know. My mother discovered it for me. I didn’t know anything really. She discovered it for me and it was too late, we couldn’t do anything and we’re Catholics and I’m glad I didn’t do anything funny really.”

Speaking further, she said: “Getting rid of the pregnancy was an

Jos Riots: Christians Are To Blame For The Killings – Barrister Mohammed Ishaq