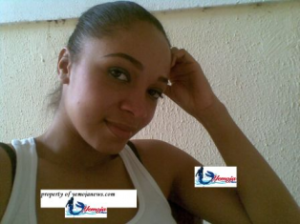 A new trend is spreading into the life of big babes in the country. And the act is becoming rampant in the Federal Capital Territory (FCT).
Investigations conducted reveals that most of the big girls in the FCT, in order to meet up with their big babe status have resorted to high level prostitution to make big money, which they refer to as ‘runs’.
A recent case which is being discussed in hushed tones across Abuja is about a 25 year old young lady named Flora Okeke.

Flora, a half caste, is a beautiful young lady who resides in Abuja. We learnt that the lady met and started dating a former House of Representatives member who is also based in the capital city.

Our impeccable source said that Flora, a native of Anambra State eventually got pregnant for the lawmaker and later delivered a baby boy who is now 3 years old.

Friends of Flora informed yemojanews.com that the ex-House of Representatives member pampered her so much that she lacked nothing. She reportedly lived in the highbrow Maitama area of the city, rides in some of the most expensive cars and all her clothes are imported designers. The lady has had also travelled to all parts of the world with the politician picking her bills.
Yemojanews.com also scooped that the former lawmaker later decided to send Flora to the United Kingdom to further her education.
Informed source said she got enrolled in a United Kingdom University to study law which the politician was said to have spent about 25million naira.
But unknown to the politician, Flora was not the lady he thought she was. While in the UK school, sources told yemojanews.com that she dumped her studies and took to partying and sleeping with different men. She was also seen at many strip clubs in London where she engaged in strip tease.
In London, Flora was so engrossed in her dirty lifestyle that she abandoned her education. Sources say she became a regular sex tool for any Nigerian man that visited London and was getting money for selling her body. Eventually, she failed all her exams at the U.K school. 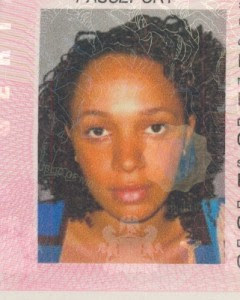 Meanwhile, the Nigerian men that were patronizing her got tired of sleeping with an half caste when they can get full white lady, so they dumped her and she ran into bankruptcy. We gathered that when her trade was not moving well in London again, Flora decided to abandon the school without telling her benefactor and flew back to Nigeria.
‘’Flora came back to naija and she started to have sex with different men. She didn’t even care about her little child. She began to move from Abuja to Portharcourt, Lagos, Warri and Kano, selling her body to anybody that can pay the right price.
“Subsequently, Flora turned into a big time prostitute, billing men huge amount of money before sleeping with her. You see, the most unfortunate part of her case is that the former lawmaker she bore her son for kept taking care of her, but she was never satisfied’’. One of Flora’s friends told yemojanews.com.
We learnt Flora also became so desperate in hooking men of power and money. Sources say one of the men she was able to get was the former Niger Delta Development Corporation boss, Timi Alaibe and one Kano State based Air Force Officer named Jameel.
One of Flora’s friends showed yemojanews.com a picture she took at Jameel’s Abuja home during her sexual exploit where she posed with the military man’s red colored Ferrari car and posted it on her Blackberry display picture (dp) that the man will soon give her the car.
We were also told that Flora recently sent a text message to one of her friends that she was ready to have sex with Senate President David Mark without using condom if he is ready to pay 2million naira cash.
And in a desperate mission, Flora reportedly visited the National Assembly complex to find a link to the Senate President, but was not allowed into the complex by the security operatives.
However, yemojanews.com gathered that on October 15, 2011, Flora’s game was exposed and was caught red handed by the Police in the Federal Capital Territory.
Yemojanews.com investigators informed that on that fateful day, Flora had arranged with one of her clients whom she had never met before for sex, and had agreed to the price of $4,000 for an all night rounds of sex.
The meeting place was Protea Hotel, Wuse 2, and every other thing was put in place for a sweet time.
But unknown to Flora, the Abuja Police have placed her on surveillance, after many reports of her prostitution adventure had reached the authority.
So, the police had been monitoring her movement and she was trailed to Protea Hotel on the day she was to meet her customer.
According to sources, Flora was in the hotel room, stark naked with her client when the police forced their way into the room and arrested her and the customer. The $4,000 she got from her client was also seized and to be used as exhibit against her in the court.
After the arrest, Flora was taken to Maitama Police Station where she was detained, and an incident of prostitution was filed against her at the Police Station.
According to witnesses, Flora’s father who also lives in Abuja, and the lawmaker were later invited to the Police Station to see with their own eyes what she had turned her life to.
The source informed us that Flora could not look her father in the eyes at the Police Station while the ex-lawmaker felt heartbroken and disappointed in her.
yemojanews.com learnt the police wanted to take the case to court, but after several pleas by the father, as well as the lawmaker who pleaded that Flora has a child for him, and wouldn’t want the stigma to live with the son throughout his life, the police decided to drop the case, but warned that Flora will not get a second chance if she got caught again.
After her release from the Police Station, yemojanews.com learnt that the lawmaker kicked Flora out of his home, collected his son from her, and washed his hands completely off her life.
Flora’s friend who gave yemojanews.com this story said that she is now biting her fingers, ‘’she is just roaming the streets of Abuja now, jumping from one man’s bed to the other and collecting money.. Flora is just a stupid girl. She got everything on a platter of gold, but her insatiable appetite for money has landed her where she is now. See how ‘runs’ has ruined her,’’ the lady lamented.