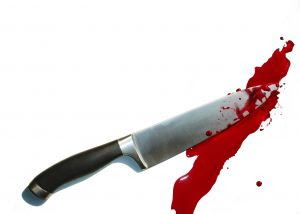 The Oyo State Police Command, Eleyele in Ibadan have paraded two suspects who allegedly killed a 42-year old woman, Mrs. Sekinat Emiola. One of the suspects, Asimiyu Ayantayo the lover of the deceased allegedly beheaded her and cut off her two hands after making love with her.

But the suspect claimed that the deceased died as a result of the killer charm(magun)that was placed on her by another man….What will someone not hear in Nigeria…Continue reading.

According to him, after love-making with the deceased, she, possibly, under the spell of magun, somersaulted and died.
But, when asked why he beheaded her after killing her, he said he never wanted to use her for rituals but to make it impossible for residents in the area to identify her.
He said: “She was my mistress. I contacted magun on her during love-making. She wanted to summersault but I helped her. Then she started vomiting after the act and she fell down from the chair and died. It was then I beheaded her and cut off her two hands. I don’t need the body parts for anything and I did nothing with it.”
His accomplice, Mr. Isiaka Akanbi, also denied involvement in the act, saying his friend only sent him to buy a sack for him but did not know the purpose for which he needed it.
The parade of the suspects attracted many sympathisers at Eleyele area who thronged the State Police headquarters to catch the glimpse of the suspect and the gory picture of head and the hands that were severed by the suspects.
Speaking with newsmen on the incident, the Oyo State Police Commissioner, Mr. Tambari Mohammed the neighbor of the deceased alerted the police about a headless body dumped in the area.
Culled From Vanguardngr. 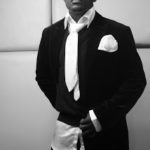 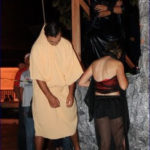