Just hours after the U.S. State Department today  listed the leaders of the
dreaded Boko Haram Islamic terrorist sect as terrorist it was revealed
the one of the leaders of the sevt ranked as number 4 had been killed.
The U.S. is known for using unmanned drone airplanes to kill terrorist’s
leaders and with the declaration the same practice could extend to
Nigeria.

The  member of the Islamic terror group, Boko Haram, Habeeb (Habibu)
Bama from Borno State and the mastermind of the bombings of UN Building,
Force HQ Abuja, Madalla and Abacha Barracks has been Killed. A Citizen advocacy group, Hope For Nigeria, was informed this
afternoon that Bama was killed in Shot-out with the Nigerian security in
Yobe state.

The full statement on the declaration by the U.S. State Department on Boko Haram leaders when you continue.


“The Department of State designated Abubakar Shekau, Abubakar Adam
Kambar, and Khalid al-Barnawi as Specially Designated Global Terrorists
under section 1(b) of Executive Order 13224. Shekau is the most visible
leader of the Nigeria-based militant group Jama’atu Ahlis Sunna
Lidda’awati Wal-Jihad, commonly referred to as Boko Haram. Khalid
al-Barnawi and Abubakar Adam Kambar have ties to Boko Haram and have
close links to al-Qa’ida in the Islamic Maghreb, a designated Foreign
Terrorist Organization.

“Under Shekau’s leadership, Boko Haram has
claimed responsibility for numerous attacks in northern Nigeria, its
primary area of operation. In the last 18 months, Boko Haram or
associated militants have killed more than 1,000 people. Boko Haram is
credited with the August 26, 2011 attack on the United Nations building
Abuja that killed at least 23 people and wounded scores more. Boko Haram
also claimed responsibility for the December 25, 2011 attack on the
Saint Theresa Catholic Church in Madalla, Nigeria, that killed at least
35 and wounded dozens more.

Boko Haram’s deadliest violence occurred on
January 20, 2012 in Kano, Nigeria, with a series of attacks that killed
more than 180 people. Boko Haram’s victims have been overwhelmingly
civilian.
“The designation under E.O. 13224 blocks all of Shekau’s,
Kambar’s and al-Barnawi’s property interests subject to U.S.
jurisdiction and prohibits U.S. persons from engaging in transactions
with or for the benefit of these individuals.

These designations
demonstrate the United States resolve in diminishing the capacity of
Boko Haram to execute violent attacks. The Department of State took
these actions in consultation with the Departments of Justice and
Treasury.” 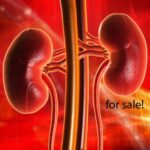