When taking a break during her performance in Amsterdam Holland, the singer sat at the edge of the stage, where a box of cigarrettes appeared.. Dissatisfied with the nicotine, a bag of marijuana with a lighter came her way and her frown was turned upside down. Gaga smelled it to confirm it was in fact weed and soon after lit a joint and took a few hits. She assured the crowd that she didn’t do enough to get her totally baked.
She then went on to crediting “wondrous marijuana” for cutting back on drinking and giving her a spiritual experience when it come to her music. Rumor has it that she also threw the partially smoked joint in the crowd, an action has gained both notoriety and criticism. Peep the video when you click read more below 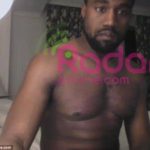