Nigerian troops in Maiduguri say they captured a top commander of Boko Haram during a raid on the home of a high-level national politician. Lt. Col Sagir Musa, spokesman for the Joint Task Force (JTF) said in a terse statement sent to media that Shuaibu Mohammed Bama had been picked up and is in custody. However he declined to name the national politician.

The official statement said: “The JTF have been successful in their ongoing anti-terror operations. A high-profile Boko Haram commander, one Shuaibu Mohammed Bama, who has been on the list of wanted terrorists, was arrested by task force troops in a serving politician’s house. He is in the custody of the JTF and assisting in the investigation and has since made startling revelations.”

Although Sagir did not state the relationship between the captured commander and late Habibu Bama, who was killed in Damaturu, and the name of the serving Nigerian lawmaker, sources said the suspect was arrested in a high brow area in Maiduguri axis of Borno State. 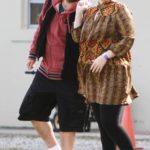