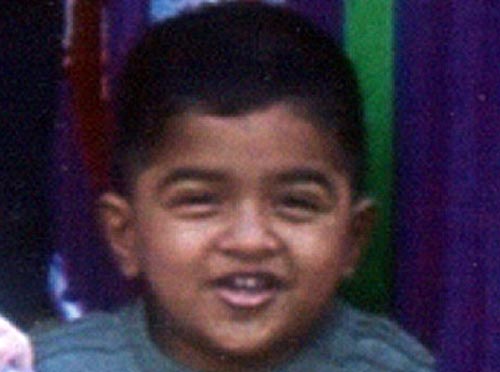 Sara Ege, 33, a mathematics graduate from India, treated her son Yaseen like a “dog”, beating him with a stick when he failed to memorise religious texts, Cardiff Crown Court in Wales heard.
Yaseen died in July 2010. It was initially thought that he had been killed in a fire at the family home in Pontcanna, Cardiff, but tests later revealed that he was dead before the blaze began.
Ege denied killing her son, instead blaming her husband. Yousef Ege, 38, was cleared of failing to prevent the death of his son. She confessed to the murder, but later retracted the confession saying she had been forced into it by a threat of violence from her husband and his family…..continue reading
Ege was found guilty of murder and of perverting the course of justice, and will be sentenced in the new year.
In her confession, which was recorded by police and shown to the jury, Ege detailed how her son had collapsed on the day of his death still murmuring extracts from the Koran, the holy book of Islam.
She described undressing Yaseen when he collapsed and soiled himself, then dragging him to the kitchen to feed him milk.
The child was left lying unclad on the kitchen floor still reciting extracts from the Koran as she poured him the drink.
He took only a few sips before his mother dragged and pushed him to his bedroom and told him to get dressed.
When he proved incapable she dressed him herself and left him on a rug by his bed, claiming she believed he had fallen asleep.
Ten minutes later she returned to find Yaseen shaking and shivering on the floor and gulping a final breath before dying.
Ege decided to burn his body and went to fetch barbecue gel from the kitchen. She told police she decided to destroy his corpse because “I was too nervous”.
She claimed she could not stop herself beating her son and repeatedly pledged to God that she would not do it again, but her good intentions only lasted a few days.
The court heard how, after she was charged with murder, Ege had what appears to have been a breakdown and was sent to a psychiatric unit for several months. At various times she claimed to have been motivated by voices from the devil.
Wednesday’s verdict came at the end of the second trial in the case. A jury at the same court earlier this year was discharged for failing to reach a verdict.