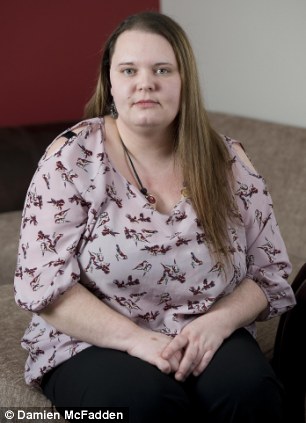 Sarah Newton, from Hinckley, Leicestershire, woke up during an operation but could not communicate with the surgeons to let them know. She has described the agony of feeling a surgeon cutting into her stomach when she woke up during an operation.
Sarah Newton lay paralysed on the operating table as she listened to doctors speaking above her and felt every incision they made. Unable to move or scream, she resorted to counting each stitch and staple that was used to sew her wounds while she waited for the ordeal to end.
The 32-year-old spent 40 minutes trapped within her body, awake due to misjudged anaesthetic but paralysed by muscle relaxants, as unwitting doctors continued to operate.
When the medication finally wore off, 20 minutes after the operation had finished, she was so traumatised that she became hysterical.
University Hospital in Coventry has paid Miss Newton £30,000 in compensation after admitting a doctor ‘switched off the anaesthetic too early’.
While the operation took place more than a year and a half ago, it has taken Miss Newton until now to build up the courage to speak about her ordeal.
The mother-of-two was diagnosed in 2004 with inter-cranial hypertension, a brain condition which causes severe headaches and could lead to blindness.
While she takes medication daily, doctors suggested she should have an operation to drain fluid from her brain to her stomach, which was completed in September 2010.
She was then booked in for another four-hour procedure on her spine and stomach in April 2011 in the hope it would further relieve the pressure on her brain.
The last thing Miss Newton remembers is having a tube fitted in her hand and then ‘going black’, before becoming aware of the most excruciating pain.
‘There are no words to describe what it felt like,’ she said. ‘I could feel them cutting across. It was them cutting my stomach open. I was unsure whether I was dreaming.
And then the staples afterwards. I was able to tell them afterwards exactly how many they had done.’
In total, Miss Newton remembers 40 minutes of surgery, although it felt ‘like hours’.
In recovery, she screamed uncontrollably. A nurse ran to get the anaesthetist and Miss Newton was able to recount to him the conversations he had been having during surgery.
‘The first thing I said was: “I was awake.” He was mortified. Straight away he knew. He kept saying: “I’m sorry, I shouldn’t have done it.”
Miss Newton’s consultant anaesthetist had decided that day to change his usual routine, which he had used treating more than 1,000 previous patients.
‘It felt as if I was being tortured but was powerless to stop it’
He decided to switch off the anaesthetic before surgery was finished so that Miss Newton might become alert faster after the operation.
He immediately accepted his error and while he kept his job, the hospital never contested Miss Newton’s complaint. The doctor was said to feel ‘deep regret’ over what happened.
Soon after the operation, Miss Newton was diagnosed with severe post-traumatic stress, suffering from anxiety attacks and becoming so agoraphobic that she did not leave the house for six months.
She had to have four more urgent operations but refused to go to hospital, so was taken in by ambulance and given gas. She will not be given further surgery because she is not emotionally strong enough.
Miss Newton, from Hinckley in Leicestershire, now takes morphine every day and has only recently built up the courage to start leaving her home.
She is particularly upset that her children, Jack, eight, and Holly, five, have also suffered, adding: ‘I’m still angry – with the hospital, with the anaesthetist. I want them to face what happened.’
Meghana Pandit, of University Hospital Coventry and Warwickshire, said: ‘On behalf of the Trust I apologise profusely to Miss Newton for her pain and distress.’ 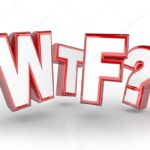 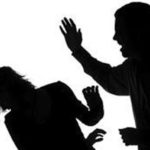