Femi Falana, the well-known human rights lawyer, has called on the chairman of the National Drug Law Enforcement Agency (NDLEA) to release the names of 197 persons convicted of drug trafficking by the Federal High Court but who have never served prison terms, or be dragged to court under the Freedom of Information Act.

In a letter to the chairman, Alhaji Ahmadu Giade, Mr. Falana recalled the establishment of the National Committee for the Reform of the National Drug Law Enforcement Agency (NDLEA) in 2006…….continue

Among other things, the Committee’s 2007 report as submitted to the government found and confirmed that several offenders who were convicted and sentenced to prison terms by several courts were illegally freed by a criminal syndicate of public prosecutors, defence counsel and prison officials.

“Thus, the Committee found that “out of the 143 drug convicts for the year 2006, 96 of them were never brought to prison,” Mr. Falana said. “Similarly, another 101 drug convicts for the year 2005 were never brought to the prison, bringing the total convicts evading jail to 197 within this period.”
Mr. Falana recalled that in response to a previous petition he sent to the Attorney-General of the Federation demanding the implementation of the report of the Committee, the chairman claimed, among others, that the prison officers implicated in the scandalous prison evasion had been prosecuted by the police, but that he has been unable to confirm that assertion.

“Having not succeeded in confirming your assertion I am compelled to request for information on the identities of the indicted prison officers,” Mr. Falana said.

He said he also wants the names of the 197 convicts involved in the prison evasion since they were never declared wanted by the NDLEA which successfully prosecuted them but turned round to assist them in making a mockery of the criminal justice system.

“As many of the convicted drug traffickers who never served their prison terms are said to have returned to the nefarious drug trafficking business I intend to embark on concrete measures to have them rounded up and imprisoned in line with the valid and subsisting orders of the Federal High Court,” he said, adding that if they cannot be found by the NDLEA and other law enforcement agencies in the country, he would seek an order of mandamus in court to compel the Federal Government to declare them wanted.

Under the FOI law, the NDLEA has seven days to provide the requested information. If it fails to do so, Mr. Falana said he would be initiating civil and criminal proceedings against the chairman. 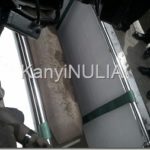