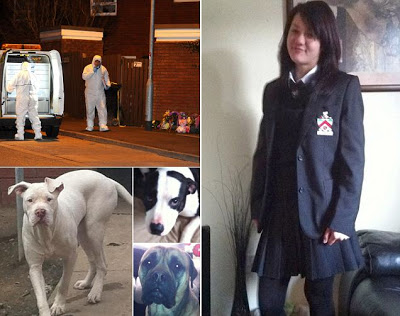 A schoolgirl was savaged to death by four dogs two days ago as she ate lunch at a friend’s house.
It is thought the two Staffordshire bull terriers, a bull mastiff and an American bulldog went berserk when Jade Lomas-Anderson, 14, began eating a meat pie.
As they tried to grab the pie, they bit her throat and Jade, who was alone in the house, was unable to fight them off.
Police using riot shields stormed the house in Atherton, Wigan, before marksmen killed the snarling animals.
But by the time officers reached Jade she was dead on the floor, bleeding from bite marks all over her body.
Neighbours said she had been staying with her friend Kimberley Concannon for the first few days of the Easter holidays. 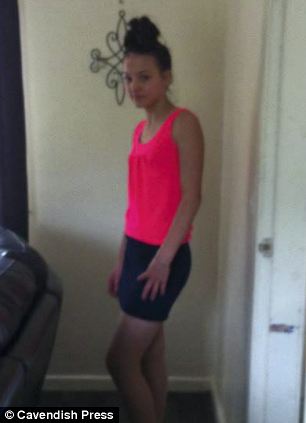 The dogs were owned by Kimberley’s mother, Beverley, who referred to them as ‘her babies’ although a sign on the house reads: ‘Beware of the Dog… enter at your own risk’.
Neighbours said Jade’s horrific death was a ‘tragedy waiting to happen’ and that the dogs used to growl and bark at anyone who came near the terraced house.
One resident said: ‘The dogs were really scary – Staffies and bull mastiffs. Jade knew these animals so I don’t know why they all went for her. These animals were a menace and everyone was scared of them. It is shocking.’
Another neighbour said: ‘She had gone to the shops to buy a meat pie and took it back to the house with her. 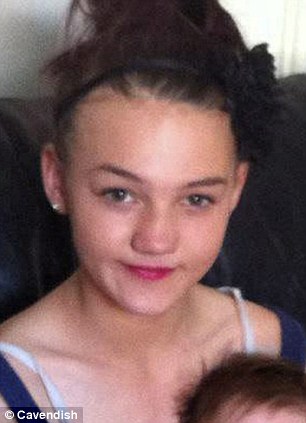 ‘We heard the dogs went for her as she tried to eat the pie. She tried to fend one of the animals off but apparently it went berserk and went for her throat. Apparently she was then overwhelmed by the animals inside the house.’
A friend of Jade said: ‘At least two of the other dogs joined in and started biting her legs.’
Police were called to the house at 2pm after reports that the teenager had been seen lying unconscious in a downstairs room.
When officers arrived they found four dogs rampaging out of control around the property. 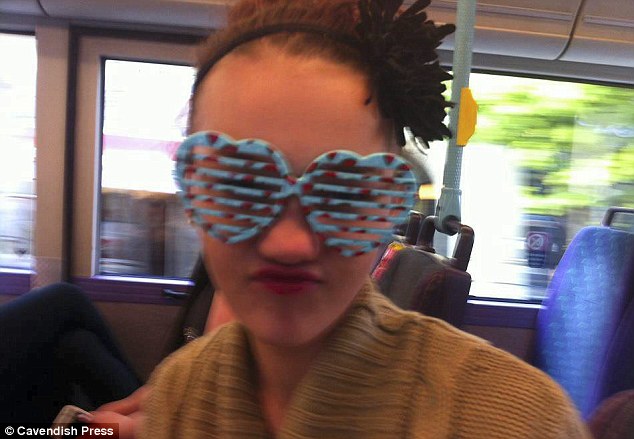 Armed police were called out and had to shoot the four dogs so officers could get inside the house. A fifth dog was contained in a separate room and had not been involved in the attack.
Despite attempts to resuscitate Jade, she was later pronounced dead.
Police said Jade’s injuries ‘were consistent with her having been attacked by dogs’.
A post-mortem examination was being carried out last night to establish the exact cause of death.
Jade lived nearby with her family and attended Fred Longworth High School in Tyldesley.
A neighbour said: ‘It’s such a tragedy. Jade was a loveable rogue who liked a laugh and a joke. She was a lovely girl.’ 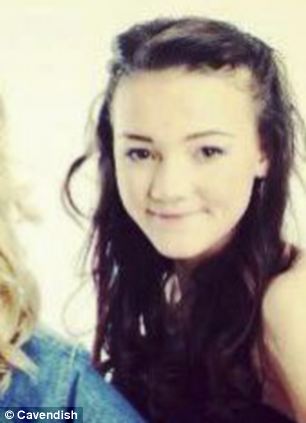 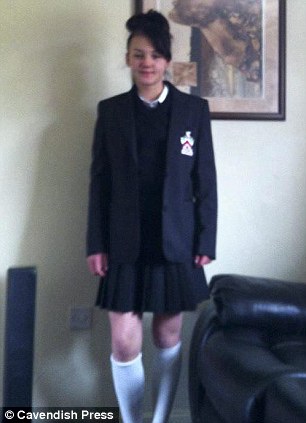