After more than two decades behind bars, David Ranta walked out of a Brooklyn courthouse this  afternoon with an apology from a judge and one immediate wish: “Get the hell out of here.”
Ranta had been convicted of second-degree murder in 1991 for killing a rabbi during a botched diamond heist. But two decades later, a one time witness said he had been coached into identifying Ranta in a police lineup — and after an investigation, prosecutors recommended that Ranta’s conviction be tossed out.
“Mr. Ranta, to say that I’m sorry for what you have endured would be an understatement and grossly inadequate, but I say it to you anyway,” Judge Miriam Cyrulnik said during an emotional hearing that left even the judge wiping her eyes.
Can you imagine after wasting 23 years of his life, they are blowing jargons

Asked what he wanted to do now, Ranta told reporters at the courthouse, “Get the hell out of here.” And with that, he walked out with his lawyer, carrying a small mesh bag that held his belongings.
“Right now, I feel like I’m under water swimming,” he said. “This is overwhelming.”
Hours later, his lawyer told CNN that Ranta intends to file a federal civil rights lawsuit against the city of New York and the New York Police Department.
“My client had 23 years taken from him. It is a lifetime, it’s a generation,” attorney Pierre Sussman said. “And if you look at those before and after pictures, before he went in, and now that he’s out, it’s a different person.”
For now, Ranta plans to relax and reconnect with his family, Sussman said. 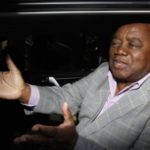 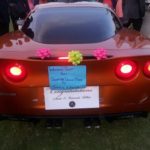