A woman was mauled to death by a lion as she made love to her boyfriend outdoors in Zimbabwe,
Sharai Mawera died yesterday after the big cat pounced while she was enjoying a romantic moment in the bush with her partner Daniel Muzarabani.
The My Zimbabwe news website reported that the predator attacked the couple at a secluded spot in the bush near the northern town of Kariba. A source told the newspaper the young woman died at the scene.
He said: ‘Unfortunately the woman was mauled to death by the lion, but her boyfriend managed to escape naked.’
A friend of the couple told My Zimbabwe Ms Mawera had worked at the local market and that her partner was a fisherman.
The friend said: ‘He is a fisherman and he used to often meet at the same spot with his girlfriend, who is now deceased.
‘The two were romping when the incident occurred. The lion came from behind and roared.
‘The guy managed to escape before stopping at a distance where he witnessed his companion being attacked.
‘He later rushed to the road seeking help.’ 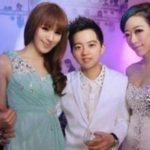 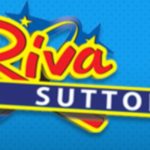