Brian Banks was a rising star at Long Beach Poly High School.  The school that produces a lot of Division I players and Banks was looking forward to using his scholarship at USC. But something bad happened to Banks along the way.  And for anyone who is an athlete you’ve got to be careful of where you are at and what you’re doing.  I know that is an oxymoron for young men who just do about anything without a care in the world.
But pay attention….Wanetta Gibson a student at Poly accused Banks of raping her and mother sued the school district and received a 1.5 million dollar settlement.  Only thing is now come to find out she wasn’t raped.  Lying can get you money.  Even funnier they’re not going to prosecute her or have her pay the money because she has kids and is on welfare.  For me it’s like huh?
The only reason Banks is now a free man is because Gibson confessed to him and he recorded the confession in 2012 that she had lied. Later after she found out that the tape could possibly make her have to pay the money back she said she was forced to and bribed by Banks for 10,000 dollars.  Gibson should in all fairness go to prison for 5 years and wear a monitor that she is a chronic liar for the rest of her life…Read the full story when you continue
Culled from Newsone

The woman whose false rape accusation sent a high school football star to prison has been ordered to pay a $2.6 million judgement in connection to the case, NBC 4 Los Angeles reports.
Wanetta Gibson (pictured) was ordered by a Los Angeles Superior Court judge on Friday to pay a $1.5 million, plus an additional $1.1 million in fees. Gibson was an acquaintance of Brian Banks at Long Beach Polytechnic High School when she accused him of raping her in a school stairwell. Gibson then sued the Long Beach Unified School District, claiming the school was not safe; she won a $750,000 settlement.
Gibson’s false accusation sent Banks to prison for five years, stripping him of his football scholarship to the University of Southern California. After Banks was released from prison, Gibson sent him a Facebook message saying “Let’s let bygones be bygones.” Thinking the message was odd, Banks worked with a private investigator to set up a meeting with Gibson. It was during their meeting where she admitted, on hidden camera, that she lied about the rape.
With the help of California’s Innocence Project, a judge overturned Banks’ conviction on May 24, 2012.
Since then, Banks had been on a mission to play in the NFL. He tried out for a number of teams, but did not make the cut. However, NFL coaches told him to keep trying. He eventually spent some time with the Las Vegas Locos of the United Football League, until the Atlanta Falcons signed him this spring. 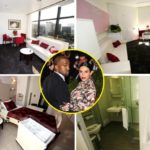