I love writing stories like this cos of 2 reasons, one, your condition should NEVER prevent you from actualizing your dreams, ask Cobhams Asuquo and two, you can achieve whatever you want to through hardwork and persistance.
Vitiligo Disease is the disease that Micheal Jackson had that made him undergo surgery & he became full blown white – lol am sure most of you dont know & you think he wanted to become Oyibo by all means abi?
Chantelle Brown-Young  a canadian 19 year old aspiring young model suffered through years of bullying due to vitiligo, a condition which causes depigmentation in areas of the skin. But rather than hiding her condition, Chantelle proudly embraces it as a unique aspect of herself — both in her day to day life and on the runway.
Chantelle was diagnosed with vitiligo at age 4, but didn’t become self-conscious about it until she entered elementary school. Then, years of bullying followed, “I went through a lot of bullying, and people calling me like ‘zebra’ and ‘cow.’

“High school hurt just as much,” she continued, “but it’s where I began to come into my own. I stopped listening to the bullies and I started listening to the compliments I received. I decided that I was beautiful! I no longer cared about a cure or a cover up. I realize now that we are all different and we are all unique… You either have to learn how to deal or you break down, and I’m not going to break down, so I have to deal.”

Now, Chantelle tries to be a spokeswoman for her condition, answering questions when they come up and speaking publicly as often as she can about her experiences living with vitiligo. Her most important message to everyone about people living with vitiligo? “There’s nothing different about ourselves, it’s just skin.”
Contestants on the 21st cycle of America’s Next Top Model completed their first photoshoot earlier this week and 19-year-old Chantelle Young. is among the 14 hopefuls. 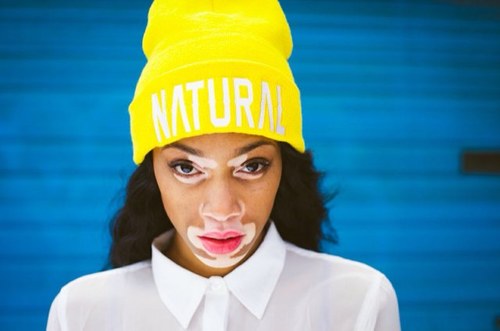 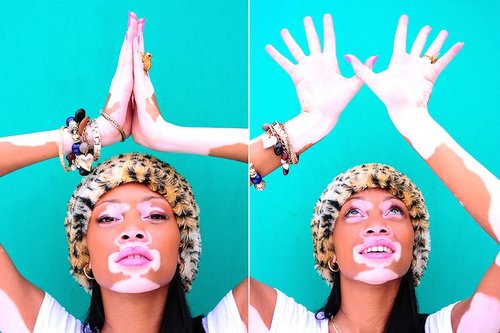 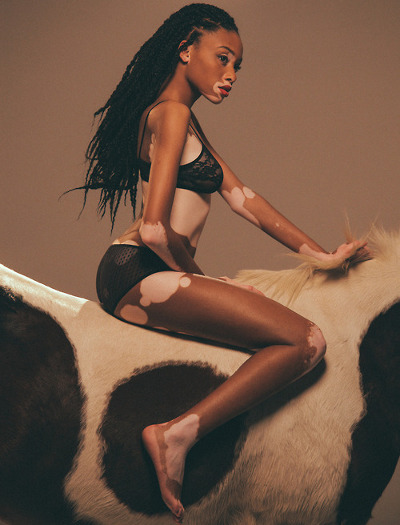 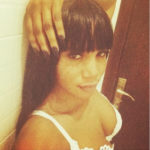 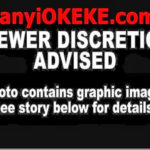