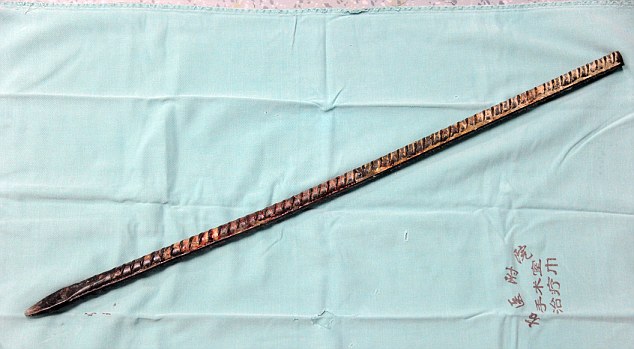 A man named only as Mr Ho escaped death after a metal bar fell and impaled his head while he was dismantling his property in Leye County, Guangxi Province.
The bar went through the right side of his forehead and exited through left side of jaw and the Inch-thick metal spear narrowly missed his brain and and left eye socket
Miraculously Mr Ho survived the dramatic injury and will make full recovery.
Peep the photos when you continue, ***Viewers Discretion is Advised*** 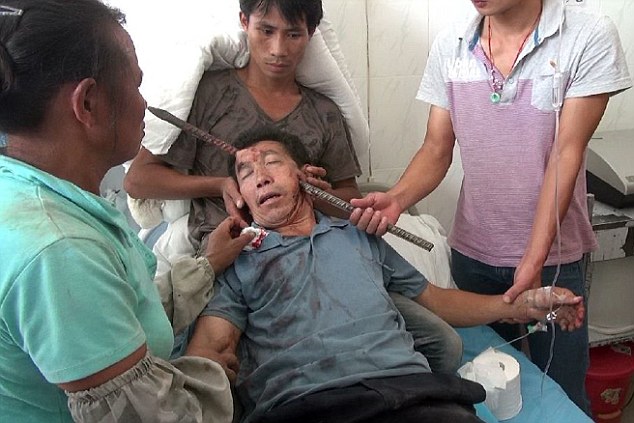 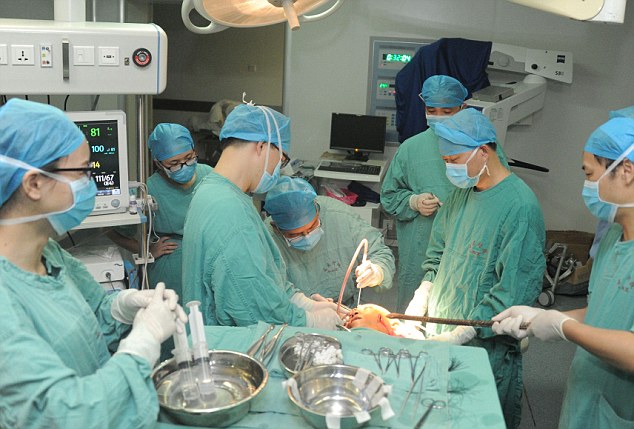 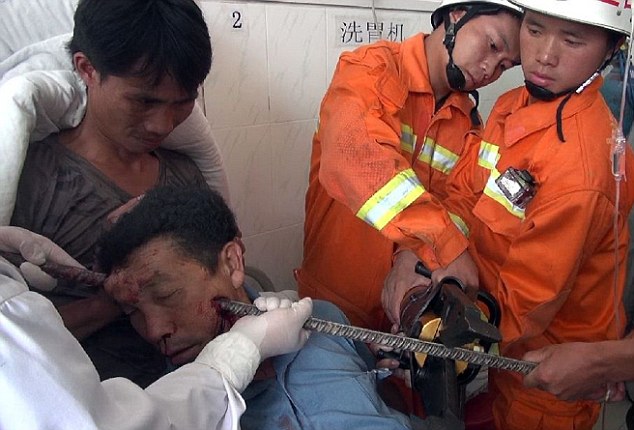 Doctors called to treat Mr Ho were shocked to discover the nature of his gruesome injury – but were more amazed by the fact he was not only alive, but also fully conscious and relatively lucid.
Mr Ho was rushed to the nearby Leye County Hospital, where doctors were forced to called in firefighters with specialist cutting equipment to remove the bulk of the metal bar. They were then able to transfer him to a larger hospital where complex emergency surgery was carried out to remove the section of metal still embedded deep inside his head.
Hospital staff say Mr Ho is now recovering well and is considered to be out of danger.