Search
Menu
Search
At Odewale area of Opeilu in Agbado, Ifo Local Government Area of Ogun State, a man named Kamorudeen was found dead inside a soak away pit. 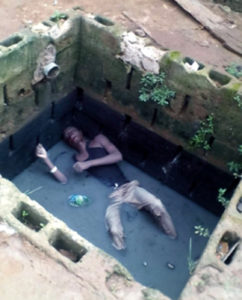 According to The Nation, the 32-year-old commercial bus driver was said to have visited the toilet shortly after he had dinner around 11 pm on Thursday June 30.

Kamorudeen’s wife reportedly raised the alarm after her husband did not return from the toilet several hours later. After a thorough search all night, his body was discovered by one of his friends in the abandoned soak away pit at the back of their residence.

The recovery of his body was said to have triggered a violent protest by his friends and associates, who queried why the landlord of the building did not cover the abandoned latrine pit for close to 15 years; it took the effort of the men of Agbado Police Station on the invitation of the community’s monarch, Chief Solomon Aina to douse the violence. It was also said that Kamorudeen’s body was discovered with bodily injuries and blood, fuelling suspicion that he was probably killed and dumped inside the soak away pit.

READ ALSO
Beauty Of the Day 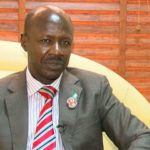 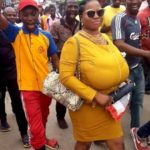