Connect with us
A man in Rio Brazil shot and killed an armed robber who tried to rob him while he was stuck in traffic. It would have been a fairly unremarkable story by Rio’s standards except that the victim-turned-killer—a man named Marcos Cesar Feres Braga—told police that he was a Russian diplomat. 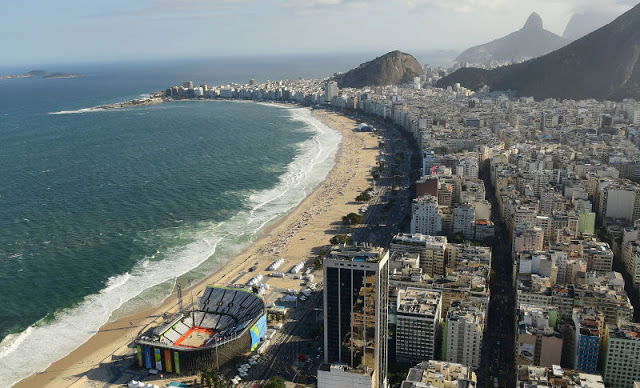 The Russian vice-consul in Rio de Janeiro dramatically shot dead an armed mugger who had tried to hold him up in his car – just after the Olympic torch relay had passed by on the last day before the Rio 2016 opening ceremony.

Marcos Cesar Feres Braga, a Brazilian lawyer who holds the vice-consul post at the Russian consulate, reportedly grabbed the attacker and pulled him into his BMW X6 after he had smashed the car window and pointed a gun at him, demanding he hand over his watch.

A struggle ensued inside the diplomat’s car until he managed to grab the assailant’s gun, which he used to shoot him dead at point blank range, according to police.


Mr Braga is trained in jiu-jitsu and was travelling with his wife and daughter at the time, local media outlet Globo reported.

But some hours later, the Russian consulate in Brazil said, via state-run news, that Braga had no connection to the embassy.

Vladimir Tokmakov, the Russian general consul in Rio, said that no consular staff members were involved in a shootout and that the shooter could have been posing as a diplomat, according to Russian state-run Tass news agency.

“All Russian diplomats and personnel of Russian foreign institutions located in Rio de Janeiro are safe and sound and are of no relation to the aforesaid incident. The man who was involved in the incident could have presented himself as a general consulate employee,” Tokmakov told Tass.

According to RT, a Russian state-run English language website, Braga is a 60-year-old Brazilian national who was driving a BMW X6, but aside from that details appear to be scarce.

So who is this wealthy old man with expert fighting skills who, while sitting in a luxury car with his family, disarmed a would-be robber and then used his gun to shoot him dead? Is he actually a Russian diplomat who has forced the Kremlin to cover his tracks? If not, what kind of apparently highly-trained killing machine would try and pass himself off as one? Is this Jason Bourne viral marketing?

Man Narrates How Wife Abandoned Him Cos He Became Poor, Now He Wants To Marry His Ex Wife’s Sister

WATCH This Interview With A Female Mechanic In Abuja