Connect with us
The Academic Staff Union of Universities (ASUU) has threatened to embark on a nationwide strike to secure the implementation of its 2009 agreement with the federal government. 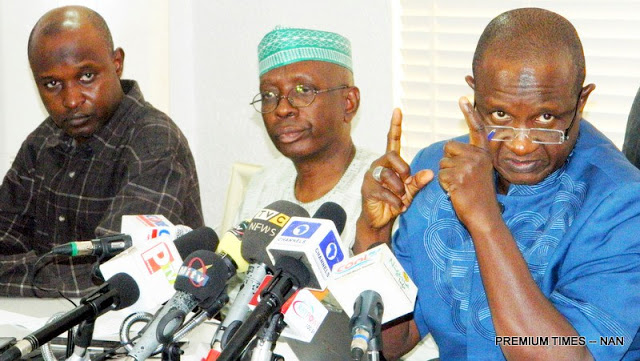 Olusoji Sowande, coordinator of the union in Lagos, at a news conference yesterday said the government had shown that the only language it understands is industrial action, as several efforts to ensure that the government address the pending demands of the union, proved abortive.

He said the 2009 FG/ASUU agreement, memorandum of understanding (MOU) on funding of state universities, breaches of the conditions of service and re-negotiation of the agreement, were still pending. ‎


He said funding of state universities, earned academic allowance and renegotiation of the agreement were parts of the outstanding issues.

Sowande recalled that the union had embarked on strike in 2012 and 2013 as part of the efforts to make the government implement the agreement, but the issues remained unresolved.

“The review of the agreement should have been undertaken in 2012 and 2015 but that did not happen,” he said.

“The implication is that our union has shown enough patriotism and understanding on these matters in the last four years.

“We are perplexed and disappointed that both the federal and state governments are not responding to our consistent appeals to bring about genuine transformation in the education sector.

“It is unfortunate that the only language government appears to respect and listen to is that of industrial action.”

The don said the national officers of the union met with the Adamu Adamu, minister of education, on May 10 and tabled a 10-point demand, and the minister promised that the issues would be resolved within two weeks, but nothing had been done till now.

SHOCKING: Woman Bites Off Her Friend’s Eyelid During A Fight In Lagos