The new campaign which is headlined by Kaepernick celebrates 30 years of the brands ‘Just Do It’ slogan.

With his decision nearly 21 months ago to not stand for America’s national anthem, Colins Kaepernick was blacklisted in the NFL for protesting against racial injustice and police brutality.

It’s been two summer’s since Colin Kaepernick last attempted a pass in the NFL, and he’s still making headlines. And he’s bound to make even more after Nike revealed its ad campaign for the 30th anniversary of its original “Just Do It” advert.

“Believe in something. Even if it means sacrificing everything,” the ad reads.

That’s certainly what Kaepernick did. The former 49ers quarterback quietly started his protest during the 2016 preseason when he sat during the national anthem before a game against the Green Bay Packers.

Kaepernick later explained why he elected not to stand…

“I am not going to stand up to show pride in a flag for a country that oppresses Black people and people of color. To me, this is bigger than football and it would be selfish on my part to look the other way. There are bodies in the street and people getting paid leave and getting away with murder.” 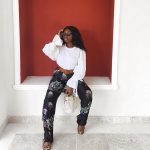 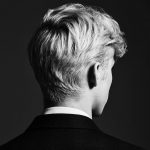