According to reports, he threatened his friends and relatives via text message that he would kill himself if they don’t assist him financially.

A family source disclosed that on Sunday evening, his daughter discovered the dangling body of her father in his room.

“We suspected he must have killed himself over a harvest fund of N600,000 that was stolen from him weeks back.

“He was in charge of the harvest fund in the church and a few weeks back he was robbed by some boys at the Oton area of Sapele where the church is located, and since then he has been acting strange.”

After he threatened to kill himself, some member of the family wanted to him but discovered it was too late. A family source said:

“Some of the children even promised to help out this week, only for us to hear that he had killed himself.”

According to Vanguard, he’s been buried Yesterday afternoon.

The case is being investigated by the police to ascertain the circumstances surrounding the incident. 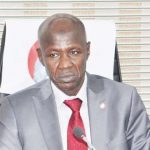 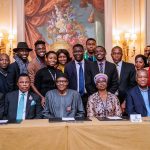