On Friday, December 14, 2018, a Federal High Court in Abuja, declared Prof. Jerry Gana, a former Nigerian Minister of Information, as the presidential candidate of the SDP, and ordered Duke to stop parading himself as the party’s flag bearer for the 2019 elections. Read the report HERE.

Reacting to the development in a statement issued to newsmen on Saturday, December 15, 2018, the state chairmen described the judgment as an act of gross injustice.

Speaking further, the chairman of the group, Hon. Oke Idawene said the mandate given to former Governor Duke is sacred. He said:

“The Party shall abide by the unanimous decision taken by the party’s delegates and the mandates of the 36 State Chapters and the FCT when they convincingly and overwhelmingly voted for Mr. Donald Duke in the October 6th October 2018 national presidential primaries of the Party.

“That mandate given to Donald Duke as the party’s presidential candidate is sacred, supreme and so remained sacrosanct as the will and ultimate decision of party members and leadership which no court can abort.

“The Forum said it will use all available legal and judicial process to protect its mandate and ensure that the will of the people prevails.

”We wish to use this medium to assure the general public, especially party members to remain calm and steadfast in their support and goodwill for the party and its presidential candidate towards the actualization of the vision of the Party to rescue Nigeria through the 2019 General elections.

“The SDP is working within the ambiance of the law to vacate the order of the Abuja court where Prof Gana is trying to pervert and arrest justice through his unlawful claims.

“Against this backdrop, our legal team has filed an appeal against the order of the High Court at the Appeal court in Abuja.

“Therefore, we want to appeal to all party members across the country to continue with their party activities and campaigns with utmost decorum, decency and orderliness.

“We shall communicate to all our members, details of our campaign programmes in the days ahead.” 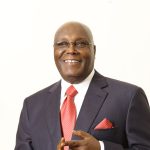 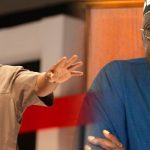