An upcoming Ugandan musician, San Yo, got stuck in the wife of a veteran musician, Abdu Mulaasi after they both engaged in sexual intercourse inside a hotel.

According to the report which is circulating online, the upcoming singer and the adulterous wife finished satisfying themselves, then realized that they could not detach themselves from each other.

Sensing danger, they reportedly called for help from the hotel employees who came wrapped them in a bed sheet and placed on a truck and then taken to various local native doctors for help.

It is further reported that the couple remained stuck until Abdu Mulaasi arrived at the scene, after hearing about the incident. But he did not appear surprised, making people suspect that he must have known already that his wife has been cheating on him.

The illicit lovers were eventually separated in the presence of Abdu Mulaasi and they could not bear the embarrassment.

A video of the entire incident was filmed and posted to YouTube and it has been receiving reactions from the public. 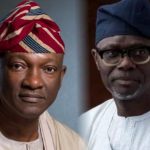 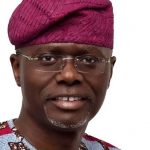