The Minister of Transportation, Rotimi Amaechi has said that the long years of misrule of the Peoples Democratic Party (PDP) caused hunger in the nation, asking Nigerians to direct their anger towards the PDP and not President Muhammadu Buhari.

Speaking during a council meeting in Abuja to thank Nigerians for voting President Buhari during last weekend’s presidential election, Amaechi assured Nigerians that the administration would use the tenure to prove its competence and capacity to reposition the country. He said:

“I have said as the former Chairman of Governors’ Forum – Reno Omokri or whatever his name is has continued to say it is a lie – in the account of the excess crude was N68 billion when Obasanjo was going. If they left N68 billion in ECA, N8.7 billion is the railway project from Lagos to Kano, so we would have had money now. Lagos to Calabar is $11.1 billion, we could have had railway from Lagos to Calabar

“Nobody wants to ask that where is that money that Obasanjo left behind? As far as you are concerned, you are hungry, it is Buhari that caused it. Caused what?

“You should not blame PDP? We are not blaming PDP, but I am a student of history; history is the study of past events and the present.” 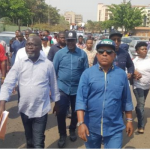 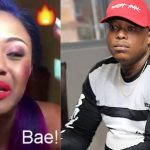