Hollywood actor, Jussie Smollett says he is not guilty of all the charges leveled against him after allegedly faking an attack on himself.

Jussie Smollett had pleaded not guilty to all the count charges leveled against him including that of lying to the police about his attack.

The ‘Empire’ star who was arraigned before a court in Chicago on Thursday, March 14, 2019, pleaded not guilty to all 16 count charges. His plea was entered by one of his lawyers, Tina Glandian.

Prior to the arraignment, Judge Steven G. Watkins was assigned to oversee Smollett’s case. Watkins made a small change to the terms of Smollett’s bond, saying he will allow Smollett to travel Los Angeles and New York to meet with attorneys without first formally seeking court approval.

Jussie Smollett is expected to appear before the court again on Wednesday, April 17, 2019. 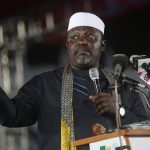 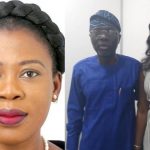