A mum, Rosa Alcides Rivera allegedly stabbed her 11-year-old daughter to death four days before her birthday to prevent her from having sex with men, then drove the body to a hospital and told first responders “my baby is gone.”

According to Orlando Sentinel reports, When hospital staff and first responders saw the body, they told Rivera it was too late and there was nothing that could be done for her girl, Aleyda Rivera.

The 28-year-old mum then allegedly got into an altercation with staff members and pulled out a knife.

Police in Orlando, Florida, USA, said the 11-year-old girl died from multiple stab wounds after 15 stab wounds were found at her back and a wound on her right arm.

Rivera first denied stabbing Aleyda, but she later told investigators she killed her daughter to “prevent her from having sex” with men, and she believes her daughter is in heaven.

Rivera was arrested at the scene and later charged with first-degree murder for killing her young daughter.

Orange County Sheriff’s investigators reportedly said the incident started early on Sunday when Rivera took her daughter to the home of a local man and accused him of having sex with the child.

According to the report, Rivera said she didn’t see her daughter having sex with the local man, nor did her daughter told her she was having sex. So there is no evidence to back Rivera’s claims.

Witnesses told detectives that the 11-year-old girl had denied having sex with anyone.

The investigation and inquiries are ongoing but Rivera have been charged for stabbing Aleyda. 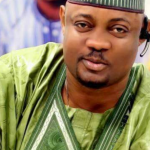 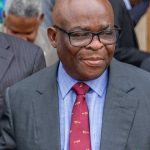