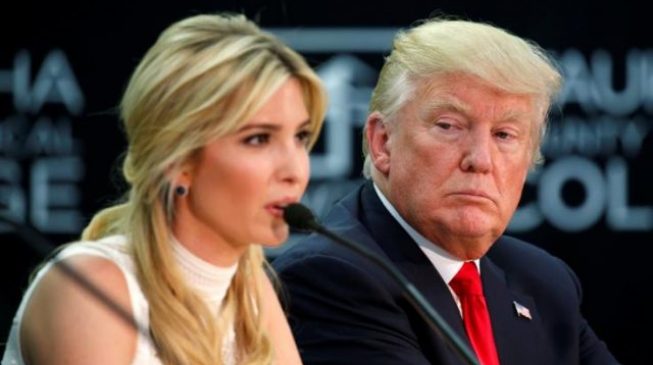 Ivanka Trump, daughter of Donald Trump, president of the United States, says a trip to Africa would inspire her dad because she has been “deeply inspired.”

Ivanka, who works as Trump’s senior adviser, said this during an interview with Associated Press on the last day of her four-day trip to Ethiopia and Ivory Coast.

She said the White House should be judged by its actions toward a continent that her father has privately disparaged. She said:

“Our commitment to Africa is clear. I am here now reinforcing the fact that our relationship with the continent is strong and growing,” said the president’s daughter.

“Our actions are speaking for themselves in terms of our dedication to seeing Africa prosper.”

“I’m very excited about continuing my work to specifically focus on advocating and advancing the role of women on this continent and beyond.”

She added that she hopes the president will visit Africa.

“I’ve been deeply, deeply inspired by my trip here. And I think he will be as well,” she said.

Ivanka’s statement is coming a year after her father was under intense criticism after his private comments referring to “shithole countries” in Africa and other regions were leaked to journalists.