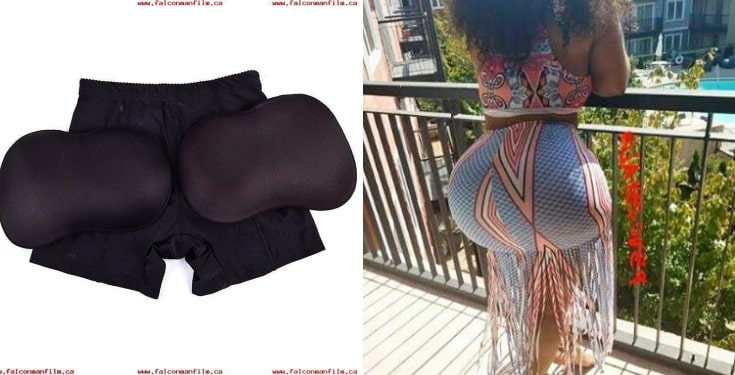 A man is reportedly seeking to divorce his wife over her deceptive ‘backside’ just within 24 hours of them getting married in a church wedding in Ghana.

According to reports, the Ghanaian man started contemplating on leaving his wife of one day after he realized that the shape of the woman he thought he was marrying is not the same as the one he married.

The man who shared his grievances with popular relationship expert David Papa Bondze-Mbir, said he and the wife had agreed to stay chaste during dating that’s why he never knew of her fake bum.

All through their time of courtship, he had known his woman to have a well-endowed backside which is one of the things that got him attracted to her.

But on the night of their wedding when they decided to consummate their marriage for the first time, he was surprised to see that the backside of her wife was not as big as he had thought.

For him, the big backside was a deal breaker and he has been disturbed since coming to the realization that his wife actually had a smaller sized bum than he thought.