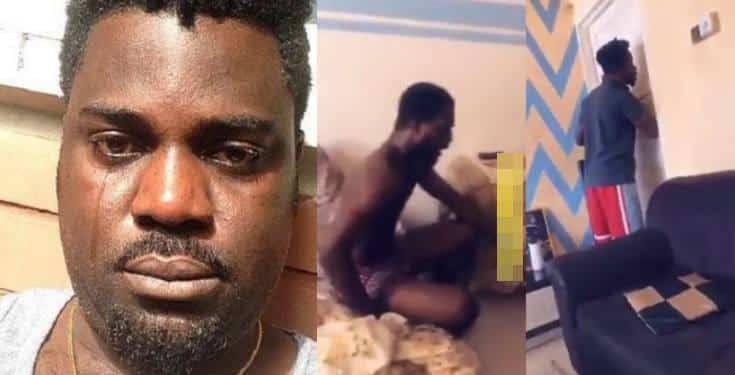 A young man identified as Gee was rescued by his friend while he was attempting to commit suicide inside his room after his girlfriend dumped him in Ghana.

According to local reports, the young man had gone viral a few days ago after his girlfriend dumped him as he was captured on camera weeping bitterly.

Following the breakup, Gee locked himself in his room and was not responding to any calls from anyone. His friends who know his situation could not take it anymore.

They broke into the room only to see Gee holding a poison and weeping. They took the poison from him and saved his life.

There in the room, they also realized he has written a suicide note blaming the girl who dumped him for all that he is going through.