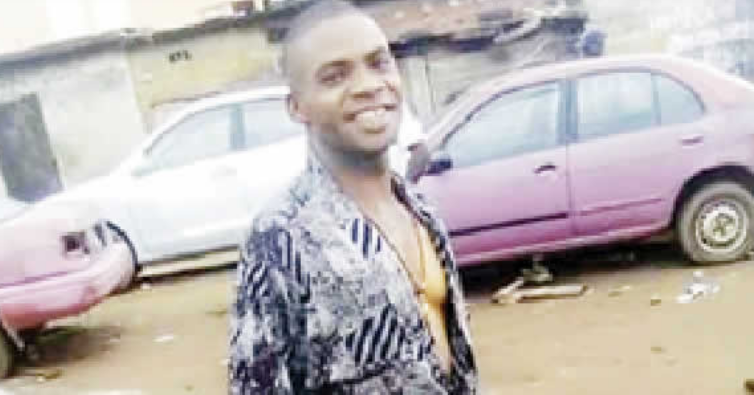 A police officer has allegedly killed a 27-year-old apprentice mechanic, Okey Chinweike, who just returned from his only brother’s burial, and dumped his body in a stream at Onuato in Ogui Nike, Enugu North Local Government Area, Enugu State,

According to Punch, Okey Chinweike, who was said to have returned not quite long from the burial of his only brother, had gone to a football viewing centre about four poles away from his shop to watch a match after the close of work when he met his death.

An eyewitness who spoke to the media outlet on condition of anonymity, said the victim was already going home when personnel from the Ogui Police Station came to raid the area and started shooting sporadically.

“There was commotion and people were running in different directions. However, the innocent man, who didn’t know the roads very well, because he was not living in the neighbourhood, joined the people running and he was shot by one of the policemen,” the eyewitness said.

“It was after the raid that Chinweike was declared missing. But on Thursday morning, some scavengers saw a floating body in the stream and ran to the neighbourhood to inform the residents.

“Immediately, the incident was reported at the Ogui Police Division by the local vigilante group. Some policemen came and after seeing the floating body, they left and never came back. The body was discovered around 10am but it was around 5pm that his co-apprentice brought it out from the stream after the only surviving sister came and identified him.”

When our correspondent visited the mechanic workshop on Monday, Chinweike’s colleagues described his death as painful and demanded justice for him.

One of the deceased’s colleagues, who gave his name as Emeka Ezeh, said:

“When we brought out his body from the stream, there was blood clot in his nose and head. There was equally a hole in his head, suggesting that he was shot in the head.”

Although Chinweike was buried the same Thursday in his home town in Ikwo, his colleagues want a thorough investigation into the incident with a view to fishing out the trigger-happy police personnel to face justice.

They described Chinweike as a gentle and easy-going young man, who neither smoked nor drink alcohol, and wondered why the police would kill him.

When the state Police Public Relations Officer, Ebere Amaraizu, was contacted on the telephone over the incident, he said he had yet to receive information on it, but noted that whoever killed Chinweike would be fished out.

“When the police send you on an assignment and if you go outside what you were asked to do, you will face the consequences,” he said.

Police described the alleged criminal as the most wanted kidnapper along the East-West road area of the LGA and assured that his gang members are also being trailed to ensure they are arrested.