While Nigerians are still talking about the viral sex tape that shows two Babcock University getting extremely intimate with each other, another video has emerged showing a lady and a guy who are students of the University of Lagos (UNILAG), making love outside their school campus.

In the viral video, the two lovers are seen making love publicly on the bare cemented floor, outside their school hostel building.

They where they were captured by some students watching them from the top of the building, when the two lovers noticed, they hurriedly hid their faces and ran off.

The students on top of the building could be heard calling the duo olosho – meaning prostitute in Yoruba.

KanyiDaily recalls that three weeks ago, another disturbing video emerged online showing some secondary school students making out around the four corners of a classroom.

In the viral video, the boys and girls were seen passionately romancing, kissing and fondling one another in a classroom like nobody’s business. 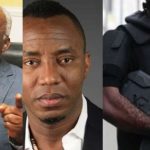 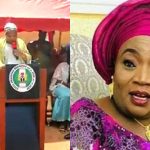