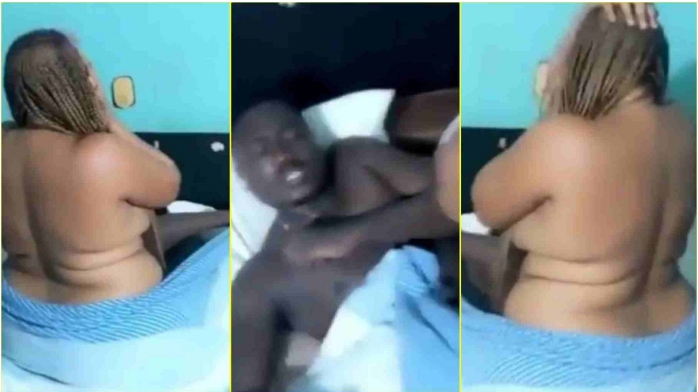 A video has emerged online showing a married woman and her lover, who got stuck while having sex, after her husband had placed a charm for her.

We gathered that the man had been suspecting that his wife was indulging in extra marital affairs, so he decided to use ‘Magun charm’ which was given to him by a native doctor introduced by one of his friends in Benin republic.

The act was done on the woman’s matrimonial bed, and she brought her lover home, thinking her husband has gone out.

The charm was pretty effective as the lady and her lover got stuck while having sex, and her husband who was actually around waiting for his deed to manifest, caught them red-handed.

In the video, the woman who was stucked with the man on her matrimonial bed, could be seen crying bitterly as her husband vow to take the matter to the police for resolution.