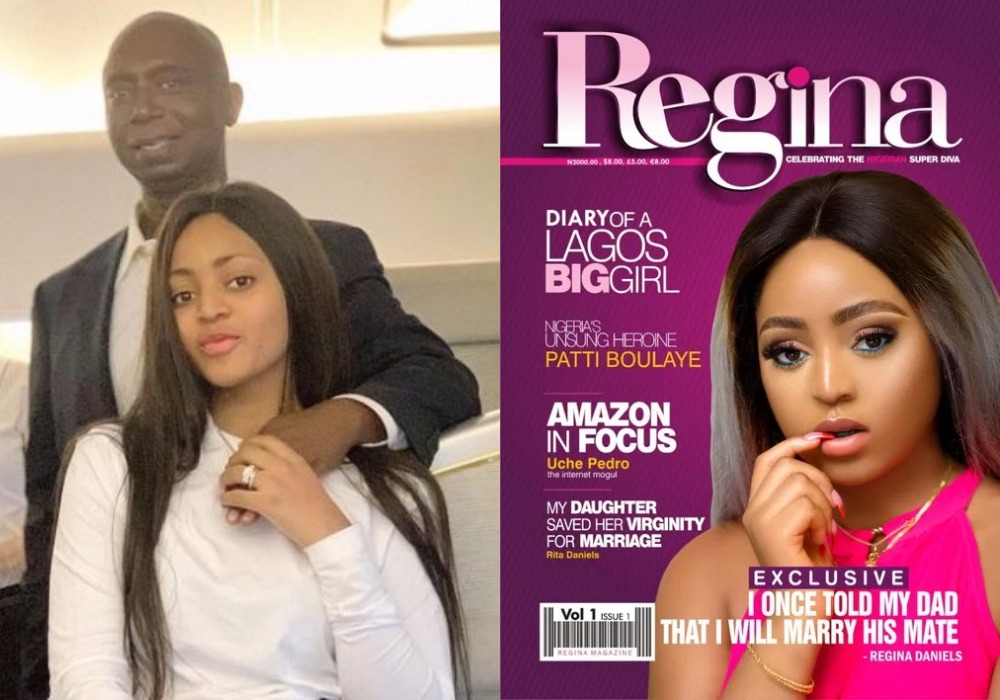 Regina Daniels, Nollywood actress and wife of Nigerian billionaire businessman Ned Nwoko, has reportedly revealed that she once told her father that she would marry his age mate.

In a statement signed by the spokesperson for Ned Nwoko Foundation, Niyi Ifetayo, the actress hinted on the launch of her own celebrity magazine called ‘Regina’ in February in Abuja, where she will reveal top secrets about herself and marriage with Ned Nwoko.

The yet-to-be-launched magazine features an exclusive interview on how Regina Daniels foretold her marriage to a man as old as her father.

The statement reads: “The wife of billionaire philanthropist, Prince Ned Nwoko, will launch her own celebrity magazine called Regina on February 12, 2020, in Abuja.

“The maiden edition which is billed to roll out that day featured her exclusive interview where she confessed that she once told her dad that she will marry his mate.

“The magazine publication is meant to celebrate Nigerian super divas, those female folks who have succeeded in their lives endeavours and also to inspire the upcoming young ones.

“The focus of the magazine will be entrepreneur, and entertainment, Nollywood reviews, politics, business among others.

“Notable actors, actresses and top-notch celebrities are expected at the launch. Regina is also the owner of RET {Regina Entertainment Television}.

Meanwhile, Ned Nwoko has revealed why he married Regina Daniels, just three weeks after meeting her in person.

Daffy Blanco Accuses Peruzzi Of Raping And Defrauding Her Of N15m, Releases Audio To Back Claims