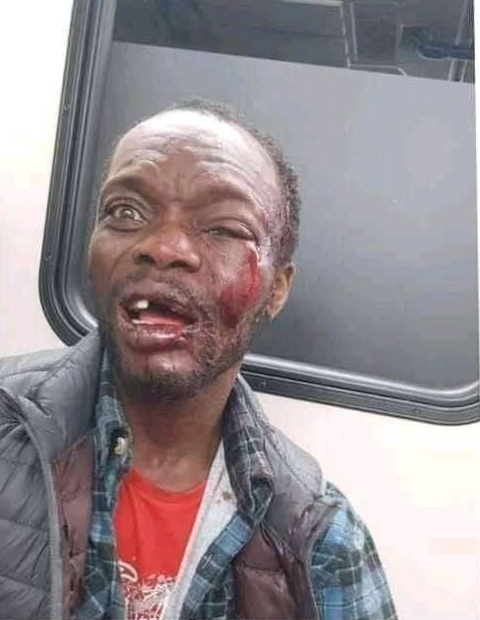 A man of God was on Saturday beaten to stupor because three condoms fell off from his Bible while preaching in a bus at Upper Iweka Park in Onitsha, Anambra State.

According to reports, the Anambra bus preacher was dragged out of the commercial bus and beaten into a pulp by passengers before he was rescued by some policemen.

The passengers maintained that the pastor is being hypocritical and that he is among the reasons why people have lost hope and faith in men of God in this country.

Uche Chukwujekwu, an eyewitness who boarded the same bus, said:

“The preacher had came to minister and pray for the travelers and as well wish them safety on their way to their destinations.

“Though they were moved by self-acclaimed pastors preaching, anointing of God was everywhere; some passengers gave their lives to Christ and accepted Him as their Lord and personal saviour.

“It was amazing when he opened his bible to collect an offering from the passengers who may wish to assist him in his ministry, behold 3 Kiss condoms fell off his bible.

“The angry men in the bus who had been having bad feelings about pastors, who preach in buses along various parks in Onitsha as an undercover for begging got really angry and pounced on him, who all of a sudden started shouting and pleading for forgiveness because he does that as business not really for true word of God.”

We gathered that Policemen along Upper Iweka were called to the scene to save the pastor’s life. Two passengers were arrested for further investigations.

Meanwhile, some of the ladies convicted by a mobile court in Abuja, for alleged prostitution, have revealed how they were raped by some policemen who arrested them — some without condoms and some wearing improvised “pure water sachets” as protection.

The ladies who were arrested while anging around night clubs, said many of the policemen who raped them were attached to Utako, Life Camp and Gwarimpa police stations.