A Lebanese national identified as Wael Jerro has claimed on Facebook that he has a Nigerian woman for sale at price of $1000. 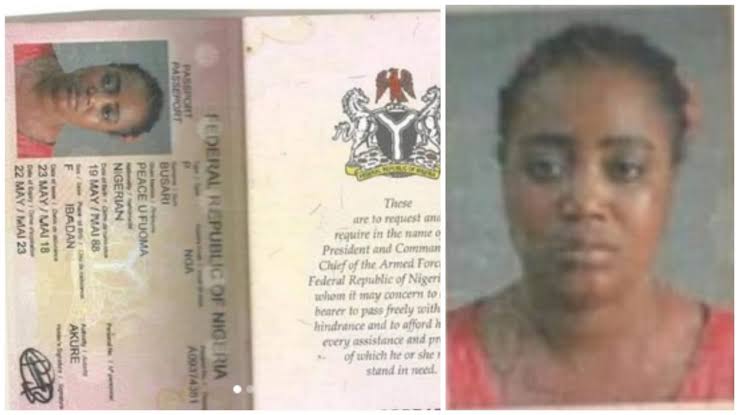 Jerro placed a $1,000 price tag on the Nigerian woman identified Busari Peace Ufuoma in a closed group on Facebook ‘Buy and Sell in Lebanon’.

Sharing the international passport of the Nigerian woman, who was born on May 19, 1988, in the closed Facebook group, the Lebanese man reportedly wrote: 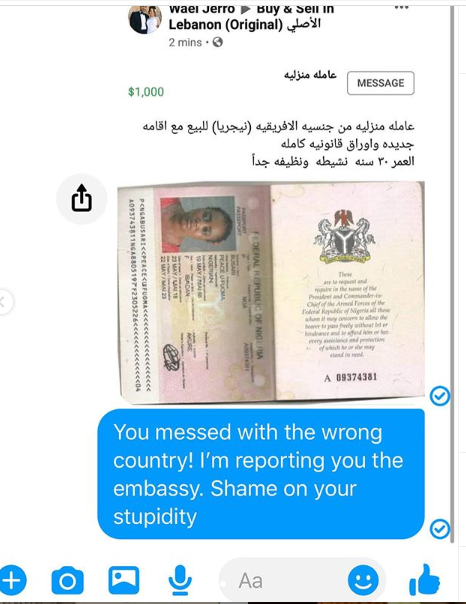 Renee Abisaad, who first shared the news on her Instagram page, told The Guardian that Lebanese authorities were already involved in the matter.

“Dear People, come and see what this human is doing. Selling this Nigerian housekeeping lady for $1000. This is NOT OKAY?? 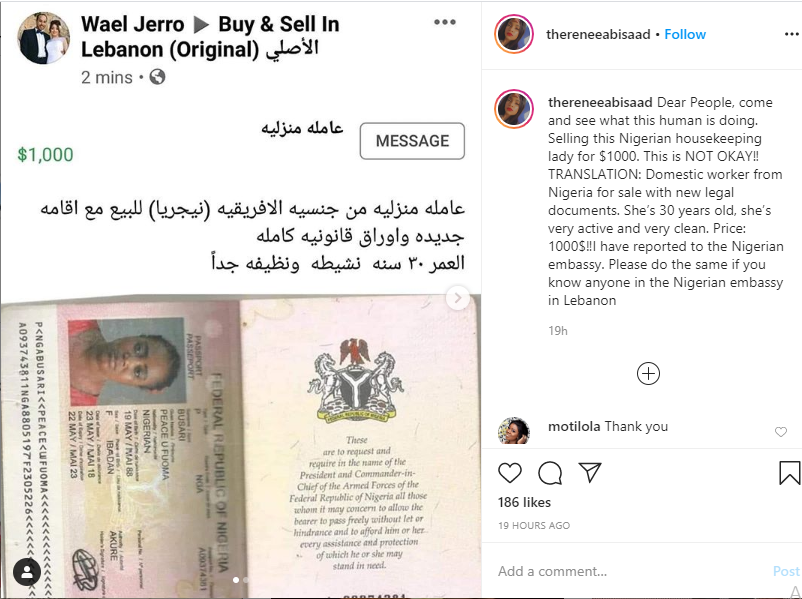 Although Jerro’s account could not be found, the closed Facebook group he tagged in his post – Buy & Sell In Lebanon (Original) الأصلي – still appears on the social media platform.

Calls to the phone number listed on the Facebook page were not returned. But the operators of the page said it is only to facilitate buying and selling between interested parties and are not responsible for what is posted on the page.

“We are not legally responsible for an opinion, subject or comment, or for the direct broadcast, photos or publication published on our page from any subscriber,” information on the About section of the page said. The information was translated into English from Arabic.

The operators of the Facebook group also claimed that they are not responsible for the opinions, pictures and comments posted on the personal page of any of its subscriber and do “not check the subscriber or the personal subscriber page when agreeing to the request to join our page.”

Abisaad suggested Jerro may have deactivated his own page following a barrage of backlashes from Nigerians on Facebook.

“The whole nation went for him,” Abisaad, who was the second runner up in the 2013 edition of Miss Africa Lebanon said.

Meanwhile, a young Nigerian lady who identified herself as Omolola Ajayi, has cried out for help in a video that has gone viral, claiming she was allegedly sold into slavery in Lebanon by a close family friend. 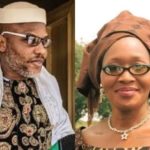 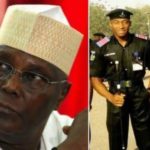