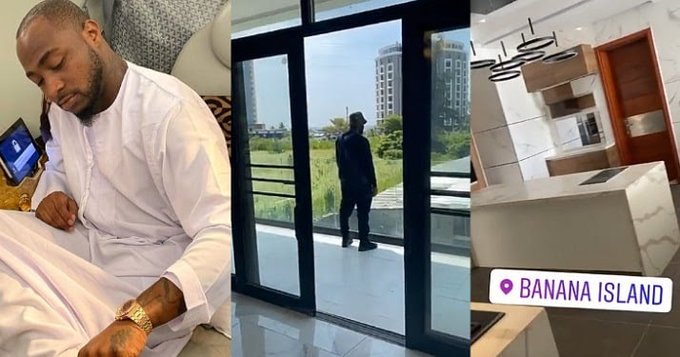 In a series of videos shared via his Instagram stories on Friday, the singer took his friends on a guided tour of his new home which have interesting features.

Davido and some of his DMW crew members could be seen in the video seen as they arrived at the luxury mansion in his famous tour bus.

This was followed by the crew making their way inside the mansion. Interestingly, they did not have to make use of a staircase as the house comes with an elevator for ease of access.

From the tour of the mansion, it is evident some serious work have been going on but there is still a long way to go. A portion of the video captured one of Davido’s famous artworks resting against the wall.

It is is not clear how much the new crib costs, but the value of properties in the extremely exclusive area in Lagos Island cost billions of naira.