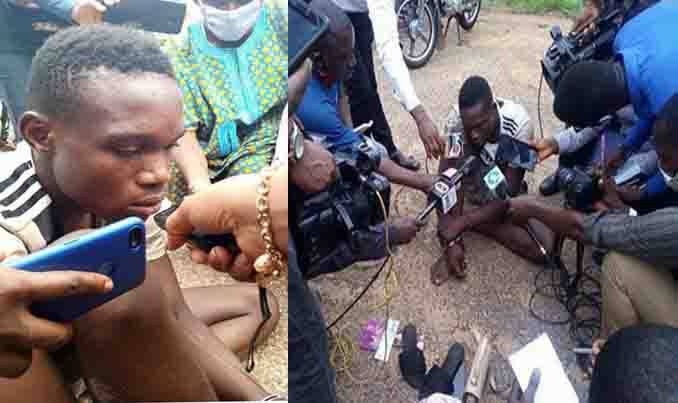 Erigga was said to have murdered his lover and dumped her in a well in his compound. Her body was discovered by a neighbour who had gone to draw water from the well and observed a human body was hindering the bucket from access to water.

While parading the suspect before newsmen, the State Police Commissioner, Joe Nwachukwu Enwowu disclosed that Erigga was arrested after one Agu Benson lodged a complaint that he saw a corpse inside a well in their compound on 25, June, 2020.

“The detailed investigations by the police led to the arrest of Shagbada Erigga who happens to be a neighbor of Benson.

“Happiness left her house on Sunday 21, June, 2020, but was later found dead inside a well on 25th of June, 2020. However, since the Suspect Criminal has confessed to the crime, he will soon be charged to Court,” Enwowu said.

READ:  Woman Attacks Neighbors Who Came To Stop Her From Brutalizing Her Housemaid In Lagos [Video]

Speaking to journalists, the suspect said he killed his girlfriend out of frustration in the heat of their last argument over why she was denying him sex.

“The killing was not intentional, the late Happiness used to be my girlfriend, but since we have been dating she has never for once let me have sexual intercourse with her,” he said.

“On that faithful day of the incident, we were showering together and I asked her the reason she has been denying me of sex but she was raising her voice on me and I slapped her and to my surprise, she slapped me back and I gave her just three blows at the mouth and another one on her neck.

“Next thing I knew, she fell slumped and died. When I discovered that she has died, I quickly carried her corpse and threw her inside a well in my compound because I was afraid and I didn’t want people to suspect me.”

Items recovered from him include one hand bag, one Android Phone, a pair of underwear, a pack of condoms, a key, and slippers. 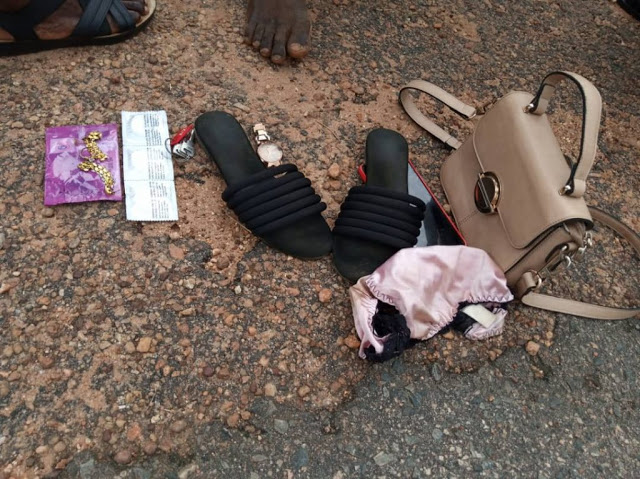 Meanwhile, KanyiDaily had reported how a man was arrested for killing another man, on the suspicion that he was having a sexual affair with his wife in Ogun state.

READ:  #EndSARS: Court Strikes Out Criminal Case Against Falz, Davido And Other Celebrities