The wrestler was executed at a prison in the southern city of Shiraz.

Navid murdered Hossein Torkman, a public sector worker during anti-government protests in August 2018 by stabbing him to death.

His execution comes just a few days after United States President, Donald Trump appealed to Iran to spare his life.

“To the leaders of Iran, I would greatly appreciate if you would spare this young man’s life, and not execute him. Thank you!” 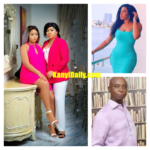 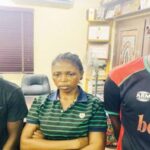