A young lady protesting extrajudicial activities by the Special Anti-Robbery Squad (SARS) has allegedly been shot in her mouth by an officer of the Lagos State Police Command. 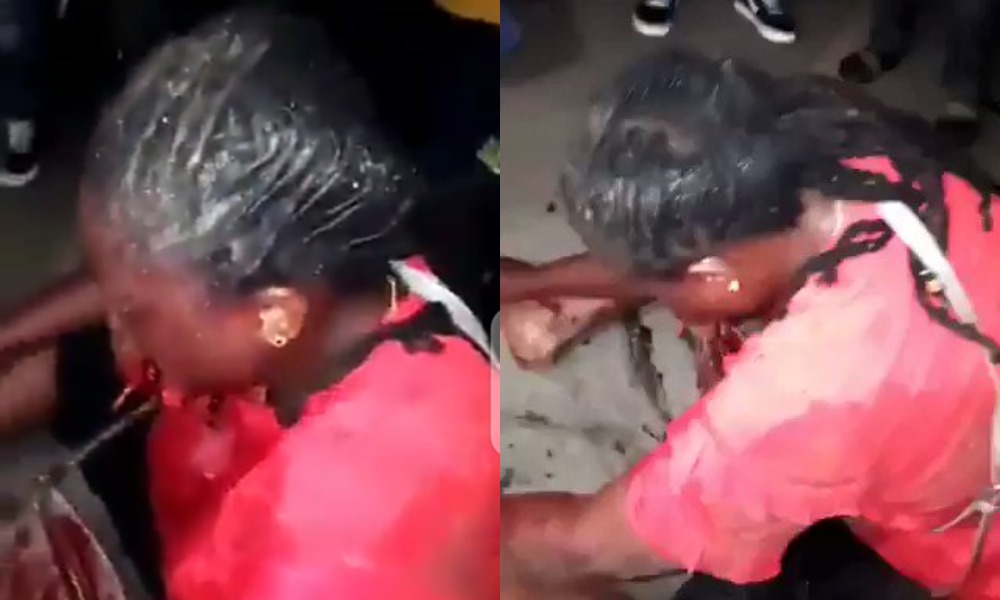 The #EndSARS protesters, mostly made up of youths, had sustained day two of their three-day planned protest against the pernicious actions of the SARS police unit.

On Thursday night, after the second day of the protest, the protesters had pitched their tent in front of the Lagos State Government house in Alausa as they met the absence of the governor.

However, Lagos State Commissioner of Police, Hakeem Odumosu, reportedly ordered his men to dislodged the #EndSARS protesters by seizing their camping chairs and canopies.

Some of the protesters later raised an alarm that the police were harassing and planning to kill them before daybreak on Friday.

A new video currently circulating on the social media shows that one of the ladies protesting in Alausa was allegedly shot in her mouth by a police at Salvation Bus Stop, Opebi Road.

One of the Alausa protesters got shot in the mouth by a police at Salvation Bus Stop, Opebi Road.#EndSarsProtests #EndSARSBrutality #EndSarsNow @PoliceNG @PoliceNG_CRU @segalink pic.twitter.com/fZeOOtGXiA 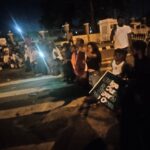 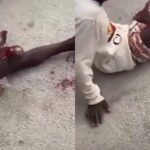