An unidentified police officer has allegedly shot a young boy during the #EndSARS protest in Delta State. 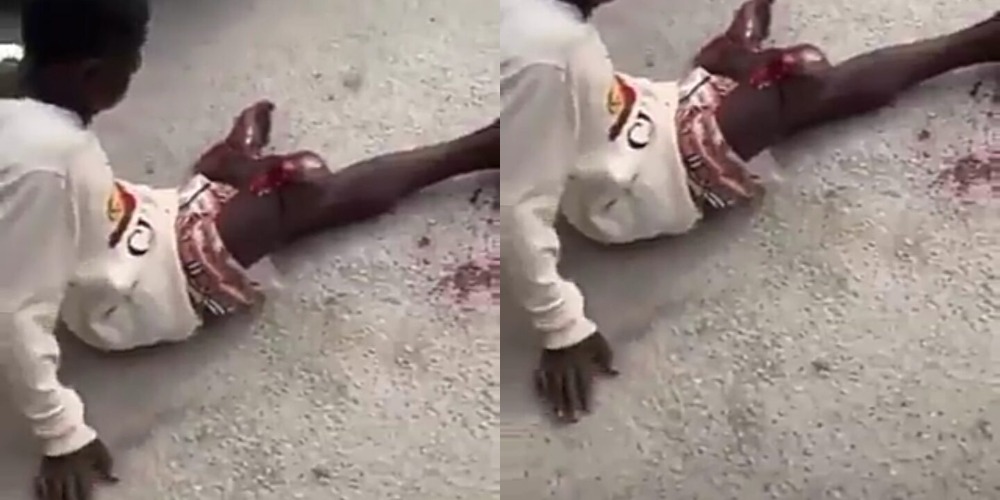 It was gathered that the young boy wasn’t armed, neither did he attack any police officer or destroy any property of the police, but the trigger-happy police officer shot him on the leg.

In video circulating on the social media, the young boy could be seen sitting on the road seriously injured and bleeding profusely.

READ ALSO
JAMB To Cancel UTME Exams In Northern States Of Nigeria If...

KanyiDaily had repoted that there is an ongoing three days #EndSARS protest across the country against the Special Anti-Robbery Squad (SARS) of the Nigerian Police Force over brutality, illegal arrest, extortion, extra-judicial killings, among others.

On Thursday night, after the second day of the protest, the protesters had pitched their tent in front of the Lagos State Government house in Alausa as they met the absence of the governor.

However, Lagos State Commissioner of Police, Hakeem Odumosu, reportedly ordered his men to dislodged the #EndSARS protesters by seizing their camping chairs and canopies.

Some of the protesters later raised an alarm that the police were harassing and planning to kill them before daybreak on Friday.

Another video circulating on the social media shows that one of the ladies protesting in Alausa was allegedly shot in her mouth by a police at Salvation Bus Stop, Opebi Road.

One of the Alausa protesters got shot in the mouth by a police at Salvation Bus Stop, Opebi Road.#EndSarsProtests #EndSARSBrutality #EndSarsNow @PoliceNG @PoliceNG_CRU @segalink pic.twitter.com/fZeOOtGXiA 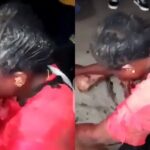 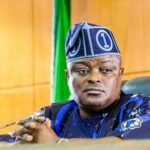