Angry youths have reportedly burnt a market while protesting the mysterious death of about 34 persons in Ute-Okpu, Ika North East Local Government Area of Delta State. 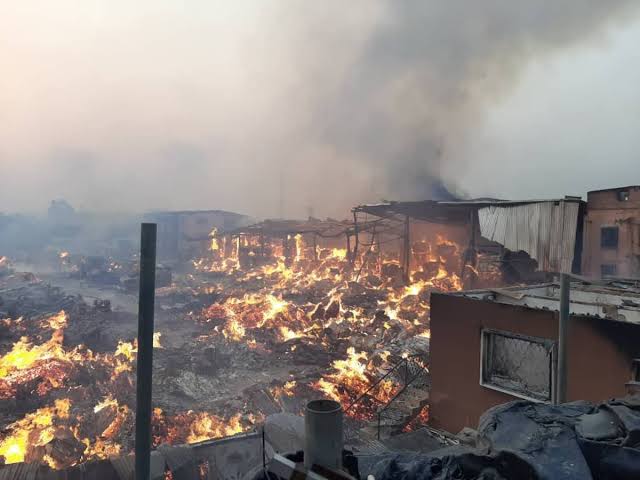 According to The Nations, the protesting angry youths burnt the market after four of them died on Tuesday.

They were said to have also tried to raze the monarch’s palace, but were stopped by a team of soldiers and policemen.

It was gathered that 34 persons have died mysteriously in the last three weeks.

A resident, Roland Chuks Agbontai, who lost his 22-year-old son, is convinced that the strange deaths have not abated because the communal deities, Agba-Egbo and Akpu, have not been properly appeased.

He said after the youths consulted the oracle, they were told to appease both deities. But while Agba-Egbo was appeased, Akpu’s shrine was left desolate after a church uprooted the deity.

But Commissioner for Health Dr Ononye Mordi attributed the deaths to yellow fever.

When contacted, the Police spokesman Onome Onowakpoyeya confirmed the incident.

KanyiDaily had reported how a man was arrested for allegedly using hot iron on the breast and private part of his 16-year-old daughter after she was caught answering phone call from her boy friend.

READ:  Pastor And His Female Assistant Burnt To Death By Jealous Lover In Bayelsa State

Ex-Governor, Ikedi Ohakim Gets N10m Bail After Defrauding And Lying Against His Mistress, Chinyere Amuchienwa

PDP Is Deceptive, South-East Governors Should Decamp To APC For Igbo Presidency – Ohanaeze