The Upper Area Court, Kubwa, Abuja, on Thursday, ordered the immediate arrest of Atiku Abubakar, son of Nigeria’s former Vice-President, for disobeying its ruling on the custody of his three sons.

The judge, Bashir Danmaisule, had on October 27, 2020, ordered the ex-vice president’s son, who bears the same first name and surname with his fathe, to hand over the children to their mother, Maryam Sherif, for custody.

But the woman’s lawyer, Nasir Saidu, returned the court on Thursday and complained that Abubakar had failed to comply with the judgment on the children-custody suit which she filed after their divorce.

Saidu asked the court to issue a judgment-debtor summons for the defendant to appear in court and explain why he should not be sent to prison for disobeying the court order.

READ:  Governor Ikpeazu To Pay N2m Each To Families Of Cattle Traders Killed by Gunmen In Abia

However, Abubakar and his lawyer, Abdullahi Hassan, were absent in court on Thursday, although the court bailiff said the defendant was served with the summons through the Nigeria Customs Service, where he works, on November 3, 2020.

Relying on the claim of the bailiff, Saidu urged the court to issue an arrest warrant against the defendant and kept in jail pending when he obeys the court judgment.

He recalled that the defendant had consistently and flagrantly disobeyed the order of the court to bring the children at every court sitting in the course of the hearing of the case.

READ:  Hong Kong Billioniare doubles his offer from £40M to £80m to any man who can turn his lesbian daughter straight

The judge agreed with the counsel that Abubakar had deliberately refused to appear in the court despite being served with the hearing notice.

Justice Danmaisule immediately issued an order for the immediate arrest of the former vice president’s son for disobeying the court’s order.

Meanwhile, police have arrested a man and his wife for allegedly hacking into the Federal Government’s National Health Insurance Scheme (NHIS), account and stealing N60 million from it. 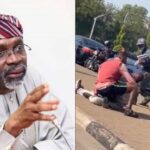 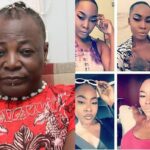