Lagos State Gvernor, Babajide Sanwo-Olu, has announced his intention to stop the payment of pension to ex-governors and their deputies. 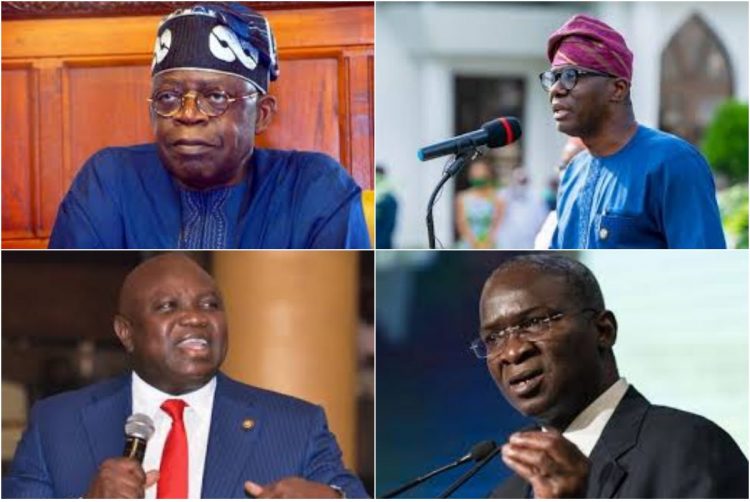 Sanwo-Olu disclosed this in a bill submitted to the Lagos State House of Assembly while presenting the 2021 budget on Tuesday, November 10, 2020.

The Governor said the bill seeks to repeal the Public Office Holder (Payment of Pension Law 2007), which provides for payment of pension and other entitlements to former governors and their deputies.

“Mr Speaker and honourable members of the House, in light of keeping the costs of governance low and to signal selflessness in public service, we will be sending a draft executive bill to the House imminently for the repeal of the Public Office Holder (Payment of Pension Law 2007), which provides for payment of pension and other entitlements to former governors and their deputies,” he said.

The abolishment of Pension Law 2007 will stop payment of pension to Bola Tinubu, Babatunde Fashola, Akinwunmi Ambode and other individuals that served as governors and deputy governors in Lagos State.

According to the governor, the abolishment of pension for former governors and deputies will reduce the cost of governance in the state.

“It is our firm belief that with dwindling revenues and the appurtenant inflationary growth rates, that we need to come up with innovative ways of keeping the costs of governance at a minimum while engendering a spirit of selflessness in public service,” Sanwo-Olu said.

Governor Sanwo-Olu said the bill will be sent back to the Lagos State House of Assembly to formally repeal the law.

It was gathered that the Pensions Law of 2007 adopted by Lagos State, provides one of the most lucrative pensions in the federation.

According to the law, former governors of the state are entitled to a house each in any location of their choice in Lagos and Abuja.

The law also provides for six new cars every three years, 100 per cent of the basic salary of the serving governor (N7.7m per annum), as well as free health care for himself and members of his family.

A former governor will also be entitled to eight policemen and two officials of the Department of State Services (DSS) for life.

KanyiDaily recalls that Socio-Economic Rights and Accountability Project (SERAP), had filed a suit against the 36 states of the federation over life pensions being paid the former governors and former deputy governors.

Pastor Sam Adeyemi, Tuface Reacts After Being Dragged To Court Over #EndSARS Protests