Mailafia stated this in a column in The PUNCH Newspaper and titled: “How to kill, skin and bury a country,” published on Monday.

According to him, the cabal has been ruling Nigeria on the basis of “nepotism and exclusion” and plunging the nation into needless debt and the brink of destruction.

He added that Nigeria has been moving from one tragedy to another with the North becoming a “desert wasteland of beggarliness and sheer destitution” under President Buhari.

“Last week, the South and Middle Belt coalition gave an ultimatum to the Federal Government to dismantle the 1999 Constitution which they believe to be a fraud.

“Nations can live with bad constitutions, so long as the leaders exercise restraint while governing with fairness and justice.

“This is why nobody raised those issues under Olusegun Obasanjo, Umaru Yar’Adua, and Goodluck Jonathan. But we live in evil times.

“A cabal has cornered power to itself and is governing, not in the national interest, but on the basis of nepotism and exclusion.

“They have imported thousands of armed mercenaries from neigbhouring countries and have allowed them to wreak havoc on a staggering scale. They have killed our people, raped our women, and desecrated our ancestral homelands.

“Many believe that the current incumbent of our high magistracy is suffering from advanced dementia.

“The cabal has used the opportunity to commit grand larceny with the wantonness of drunken sailors, borrowing billions of dollars to build railroads and refineries in neighbouring countries, for which future generations will have to pay through their noses.

“We are today the third most terrorised country after Afghanistan and Somalia. Hunger and despair stalk the land.

“In creating Boko Haram, Fulani militias, and the bandits, our Arewa elites aimed to create a hegemonic system of rule anchored on fear.

“They have unleashed a Frankenstein’s monster that now threatens to devour us all. The Arewa of my birth, with its green and pleasant air, has become a God-forsaken desert wasteland of beggarliness and sheer destitution,” he said.

KanyiDaily recalls that President Buhari had challenged Nigerians who have alleged that his government has been hijacked by a cabal to prove the claims.

READ:  "If I Tallk About Nigeria, Nobody’ll Sleep Again" – Danjuma Says Nigerians Are In A Big Hole 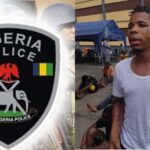 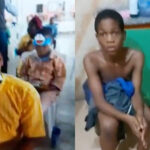