A trader identified as Ifeanyi Nwagboroga, is currently on the run after stabbing his lover, Faith Ebubeeze, to death in their apartment at Adekunle Street, Oshodi, Lagos State. 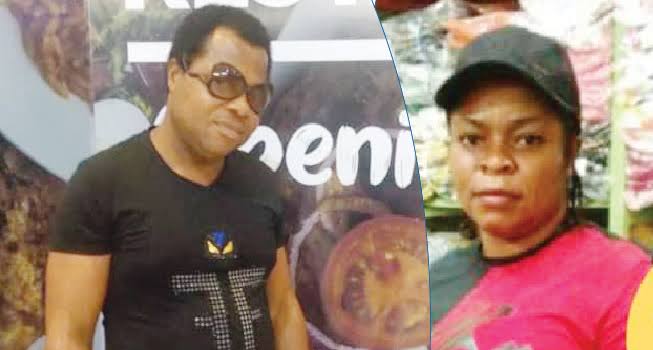 It was gathered that the two live-in lovers were at loggerheads recently over their plan to get married to each other after a three-year relationship.

Nwagboroga was said to have requested more time but Ebubeeze insisted that they marry without further delay or go their separate ways. The suspect agreed to a breakup and asked the deceased to give him N400,000 so he could move on.

However, their problem escalated on Tuesday when Nwagboroga stabbed the woman several times, before cutting her hands with cutlass. She was confirmed dead on arrival at a private hospital within the community.

Speaking with Punch, a resident simply identified as Olatunji, said the estranged lovers who sold clothes at Arena market in Oshodi and Yaba, related very well with each other and nobody suspected anything was wrong with their relationship.

“The woman should be in her 30s. She rented the apartment three years ago and both of them were living together as a couple. They related very well with each other and nobody suspected anything was wrong. In fact, the woman just bought a RAV 4 (a brand of Toyota SUV). It was after the incident that her sister who was living with them told us that they had been having issues.

“I learnt that they went for a family meeting to discuss their wedding. They decided to end the relationship because he said he was not ready. The man was supposed to leave the house the same week the tragedy occurred. He asked her to give him N400,000 but she told him to be patient. They were on the issue when the incident happened around 6pm that day.”

A tenant, who spoke on condition of anonymity, said neighbours did not know something had gone amiss until the victim crawled to the balcony and called for help.

“Her sister who was living with them had gone to buy something in the market. It was someone who heard her calling for help that alerted people. She could barely talk at that time and she was naked,” he said.

“She had deep cuts around her two wrists which she probably sustained while she was trying to defend herself. A piece of cloth was used to cover her mouth but by the time she got to the balcony, she had managed to get it out. We rushed her to hospital but she died on arrival. She had lost a lot of blood.

“Some people said they saw the man going out about one hour earlier but they didn’t suspect anything was wrong. He put on the generator before leaving home so that it would be difficult for anyone to hear that she was crying.”

It was learnt that the case was reported at Akinpelu Police Station and residents were invited for interrogation while the corpse was taken to a mortuary for autopsy.

When contacted, the Police Public Relations Officer in the state, SP Muyiwa Adejobi, confirmed te incident, saying the suspect stabbed his lover and cut off her hands.

“On November 24, 2020 about 10.45pm, 2045hrs, one Emmanuel reported at the station that one Faith Ebubeeze of Adekunle Street, Oshodi, and her partner, Ifeanyi Nwagboroga, of the same address were having an argument after she returned from Arena, where she sold clothes.

“In the course of the argument, the husband went into the kitchen, picked a knife and stabbed her to death. He cut off her two hands and stabbed her on every part of her body. He then locked the body inside the room and ran away.”

Adejobi said the police had launched a manhunt for the fleeing suspect and that the case had been transferred to the State Criminal Investigation and Intelligence Department, Panti, Yaba.

He added, “The Commissioner of Police, who condemned the act, has directed that the matter should be transferred to the SCIID for investigation. He further reiterated his commitment to work with other government agencies and various interest groups to reduce gender or domestic violence to its barest minimum.”

KanyiDaily had also reported how a 23-year-old woman was arrested for conspiring with her new lover to rob and kill her ex-boyfriend in order to make it easier for them to get married in Ondo State.

READ:  Catholic Priest Abducted By Gunmen In Imo While Traveling For His Father's Burial In Anambra 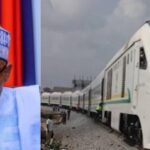 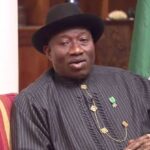