The Northern Elders has slammed Professor Ango Abdullahi for accusing Igbo people of attacking Northerners in the South-East during the #EndSARS protests. 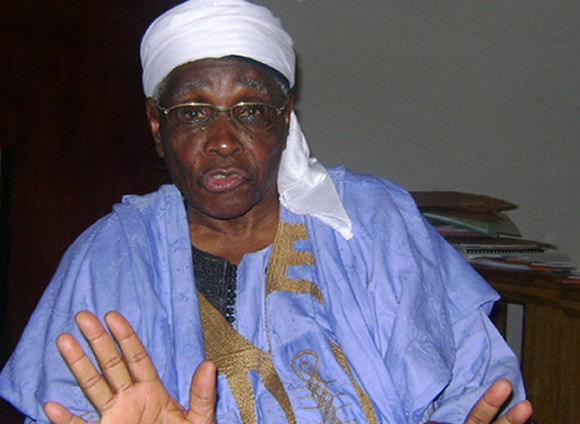 KanyiDaily recalls that Abdullahi, Chairman of Northern Elders Forum (NEF) had alleged that Igbo people are responsible for perpetrating the most violence against Northerners in the Southern part of the country.

He warned that the attack on northerners resident in the South-East during the #EndSARS protests was unprovoked and should not be repeated.

Reacting in a statement on Friday, Northernn elders under the aegis of Coalition of Northern Elders for Peace and Development described Abdullahi’s remark as false, insensitive, callous and meant to instigate Nigerians against each other.

The group through its National Coordinator, Engr. Zana Goni and National Women Leader, Hajia Mario Bichi, urged Nigerians to ignore Abdullahi’s comments, saying he spoke for himself and not on behalf of the North.

They said the elder statesman’s unfounded killing claim at a time Nigerians had put to past the ugly civil war experiences and were building bridges and working on consolidating national reconciliation was the least unfortunate.

“We wish to condemn in the strongest possible terms the statement credited to a well-read and respected elder statesman from our region, Prof. Ango Abdullahi, to the effect that Igbo people killed many northerners in the South East during the #EndSARS protest which was hijacked by some sponsored criminal elements.

“This statement is false, unfortunate, insensitive, callous and meant to instigate Nigerians against one other. Making this unfounded claim, especially at a time Nigerians had worked past the ugly civil war experiences and are building bridges and consolidating on national reconciliation, is the least unfortunate.

“We wish to let Nigerians know that Prof. Ango Abdullahi’s statement was his personal opinion and did not represent the position of Northern Elders as he had portrayed, “the statement read.

“We expect that an elder statesman of his status with such level of education ought to have known the difference between criminality and ethnic agenda.

“What happened in some southeast states was a pure act of criminality and not an Igbo agenda and was not peculiar to the region.

“How can he say Igbo people killed Northerners? Nothing can be more misleading than this. People were killed and properties destroyed in several parts of the country including some parts of the North. It is unfair to attribute this act of some misguided deviants as a collective Igbo agenda.”

“It is an established facts that during and after the uprising, so many Igbo group rose to condemn the attacks by these criminals and even shared intelligence with security agencies which led to the arrest of so many of these misguided youths.

READ:  Anyone Who Snatch Ballot Boxes Or Disrupt Election Would Pay With Their Lives - Buhari

“Prominent groups in Igbo land also condemned the activities of the outlawed Indigenous People of Biafra, IPOB, in public. So we wonder where Prof. Ango got his fact from.

“It is our humble appeal that we guide our comments especially those capable of igniting hate across the country.”

“We must continue to preach national unity and work together to defeat criminality in our country instead of attributing such act to a particular region,” they tasked.

“We, therefore, call our Northern and Southern brother to ignore this statement in its entirety,” the statement reads.

KanyiDaily recalls that Ohanaeze Ndigbo and the Movement for Actualisation of the Sovereign State of Biafra (MASSOB) had also slammed Ango Abdullahi over the same allegation.

READ:  Man Electrocuted To Death While Charging Phone And Using Earphone At The Same Time [Photos]