The General Overseer of Omega Fire Ministries International, Apostle Johnson Suleman, has denied being probed by the Inspector-General of Police, Mohammed Adamu, for allegedly sleeping with the wife of Pastor Mike Davids. 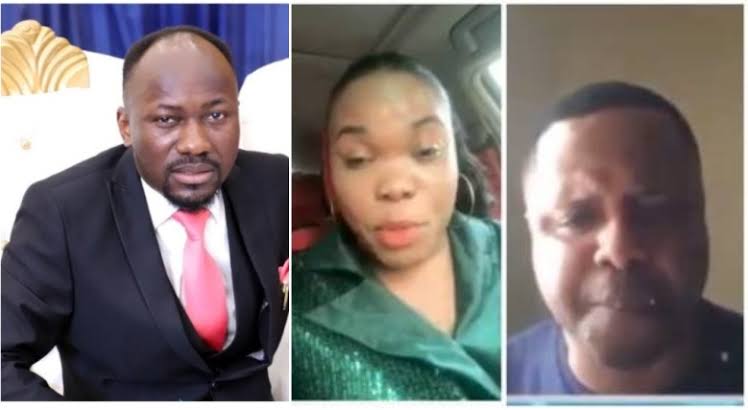 KanyiDaily recalls that Pastor Davids, a former cleric at his church, had accused Apostle Suleman of sleeping with his wife, Pastor Faith Edeko, threatening his life and denying him access to his children.

in view of these allegations, IGP Adamu reportedly ordered a probe of Apostle Suleman in a letter dated January 5 and addressed to the deputy inspector-general of police, force intelligence bureau in Garki, Abuja.

However, Apostle suleman dismissed the probe in a post shared on his Twitter page on Monday, urging the public to disregard such claims.

“IGP orders probe on me. Where, When? Maybe my ghost. Just reading stories now. Please discard. There is no such thing. Bad press really sells fast,” he wrote.

READ:  "I'll Continue To Keep Your Name Alive As Long As I Live" - Quavo Mourns Takeoff

KanyiDaily had also also published a video showing the moment Apostle Suleman was attacked by a Nigerian man during a convention in Ottawa, Canada.

READ:  "I Was Born Gay Until Religion Was Forced On Me, Even In Death I Will Be Gay" - Bisi Alimi

Dangote Files $30,000 Lawsuit Against American Mistress For Exposing His Buttocks On Social Media