US President-elect, Joe Biden has reacted to the decision of President Donald Trump to not attend his presidential inauguration ceremony later this month. 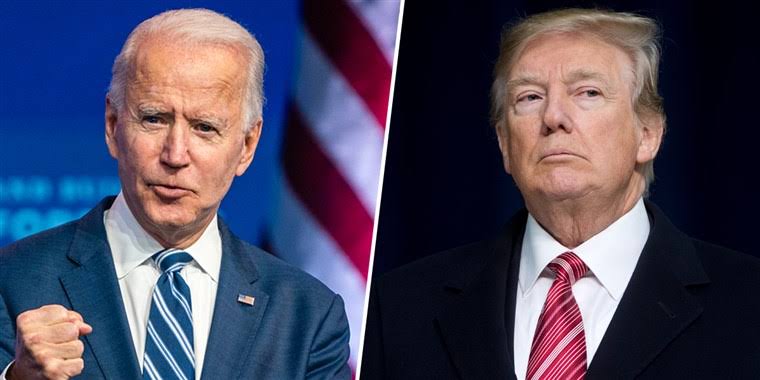 KanyiDaily recalled on Friday that President Trump had announced that he won’t be attending Joe Biden’s inauguration on January 20th, 2021.

This was after the outgoing president had earlier promised a peaceful transition of power, after his supporters stormed the US Capitol Hill on Wednesday to protest against Biden’s election.

Reacting while speaking on Friday night in Wilmington, Delaware, Biden said Trump’s decision to stay away from his inauguration was a “good thing”.

READ:  I Never Asked Nigerians To Vote For Buhari, I Only Posted His Pictures - Dele Momodu

“I was told on the way over here that he (Trump) indicated he wasn’t going to show up at the inauguration: One of the few things he and I have ever agreed on,” Biden said of Trump. “It’s a good thing, him not showing up.

“He’s exceeded even my worst notions about him,” the president-elect said. “He (Trump) is one of the most incompetent presidents in the history of the United States of America.”

Biden added that he would welcome Vice President Mike Pence at the inauguration.

“I think it’s important that as much as we can stick to what have been the historic precedents and circumstances of how an administration changes should be maintained.

READ:  APC Has Performed Beyond What PDP Achieved In 16 Years – Governor Yahaya Bello

“So if Mike — the vice president is welcome to come. I’d be honored to have him there and to move forward in the transition,” Biden said.

Biden also offered an oblique response about his views on congressional Democrats’ attempt to impeach or otherwise remove Trump from office.

“I think it’s important we get on with the business with getting him out of office. The quickest way that that will happen is us being sworn in on the 20th,” Biden said. “What action happens before or after that is a judgment for the Congress to make.”

KanyiDaily had reported that 37 members of the US house of representatives are calling for the impeachment of President Trump for inciting the violence that rocked the Capitol Hill on Wednesday – just two weeks before he leaves office.