American singer, Trey Songz has been arrested after he was seen engaging in a violent altercation with a police officer during the AFC Championship game in Kansa City, Missouri. 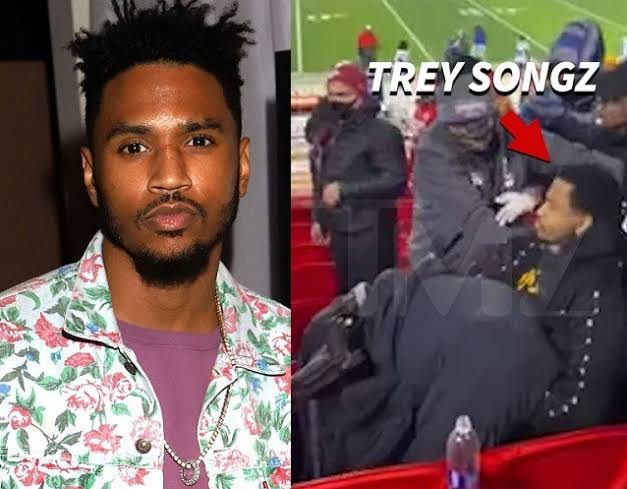 According to TMZ, a law enforcement source said Trey Songz has been held for at least 24 hours after he was arrested on Sunday for trespassing, resisting arrest and for assaulting a police officer.

It was learnt that the 32-year-old singer found himself in the middle of a physical altercation with the police officer during the KC Chiefs’ game, and fans who witnessed it say the cop was way out of line.

An eyewitness told TMZ that the altercation started when some fans a few rows behind Trey Songz taunted him as he watched the game, and he asked them to chill out.

They said the situation was soon interrupted by a cop who approached the singer without warning, rather than cautioning the rowdy ones tauting him.

The officer was said to have gotten physical with Trey Songz who was caught off guard during the game, before the singer began to defend himself.

In the video circulating on the social media, Songz and the officer were seen in a struggle as the singer connects a punch with the officer’s head, and gets him in a headlock, but then the officer pins him to a seat.

Trey Songz was later handcuffed and arrested when additional officers got involved and were able to separate him and the officer, who appeared to be white.

#treysongz has been arrested for allegedly assaulting a police officer according to #tmz 😳 pic.twitter.com/fgZYg2gUGa

Trey Songz arrested for assaulting an officer at a Kansas City Chiefs’ game. Witnesses say the cop was way out of line. pic.twitter.com/Te06zafdD1

KanyiDaily recalls that another US rapper, DaBaby, was arrested on Thursday after the police found a loaded handgun in his possession while shopping at Rodeo Drive in Beverly Hills, California.

READ:  “I Was Offered N100m To Accuse Davido Of Killing His Friend Tagbo" – Aloma DMW [Video] 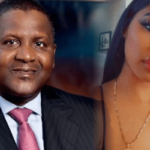 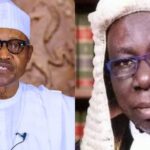