Pastor Chris McDouglas Omosokpea of Peculiar Generation Assembly Church has allegedly sold his church building and fled to an unknown place to establish another one after he was dragged to court for allegedly raping a 14-year-old girl in Lagos State. 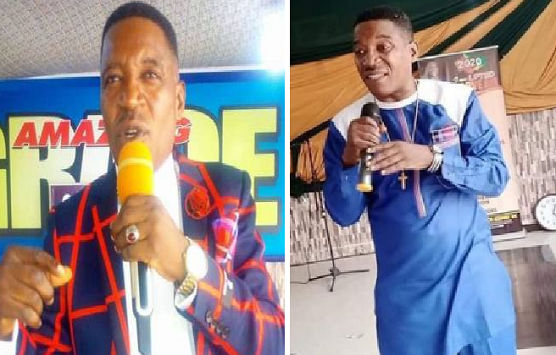 Pastor Omosokpea was arrested the police in June 2020 after his church member accused him of sexually abusing her 14-year-old girl for the past four years.

He was charged for defilement before the Lagos High Court, but was, however, granted bail on health grounds before the court.

Omosokpea didn’t show up in court when the case came up again on Tuesday before the Presiding Magistrate, Kubeinje, at Ogba Magistrates Court, Lagos.

The matter was adjourned till April 21, 2021, because he defendant was conspicuously absent while the complainant and some members of his church were present.

Before he was arrested, the victim claimed the pastor deceived her with fake prophecies and she kept the abuses away from her parents, who had been members of the church for over 12 years, with a strong belief that Pastor Douglas was a real man of God.

However, when she could no longer bear it, she started threatening to commit suicide over the trauma and was persuaded to open up on what she was passing through.

It was then she opened up and told her parents that Pastor Douglas had abused her for the past four years and instilled fear into her not to tell anyone.

The pastor’s decision to dispose of the church shocked his members, who went there, only to see that the structure had been pulled down by the new buyer.

The church members expressed their shock over how Omosokpea sold the church without informing them after he had convinced them that he was innocent of the allegation of defilement.

It was learnt that Pastor Omosokpea had allegedly established another church in an undisclosed location at Lekki, Lagos.

KanyiDaily had also reported how Bishop Elijah Orhonigbe was arrested for drugging And rαping his church member’s 19-year-old daughter during deliverance in Delta.