A 20-year-old lady identified as Orji Chiamaka Precious Gold was found dead and dumped inside an open drainage system around Roots Cafe opposite Spar Shopping mall in Enugu State.

According to reports, the dead young lady was identified as a student of the Institute of Management Technology, IMT, department of Science Laboratory Technology (SLT).

Sharing the photos of Chiamaka’s lifeless body on Facebook, one Moses Ebube wrote: “Found dead this morning around Roots cafe opposite spar shopping mall Enugu Inside gutter share as you receive to reach her people.” 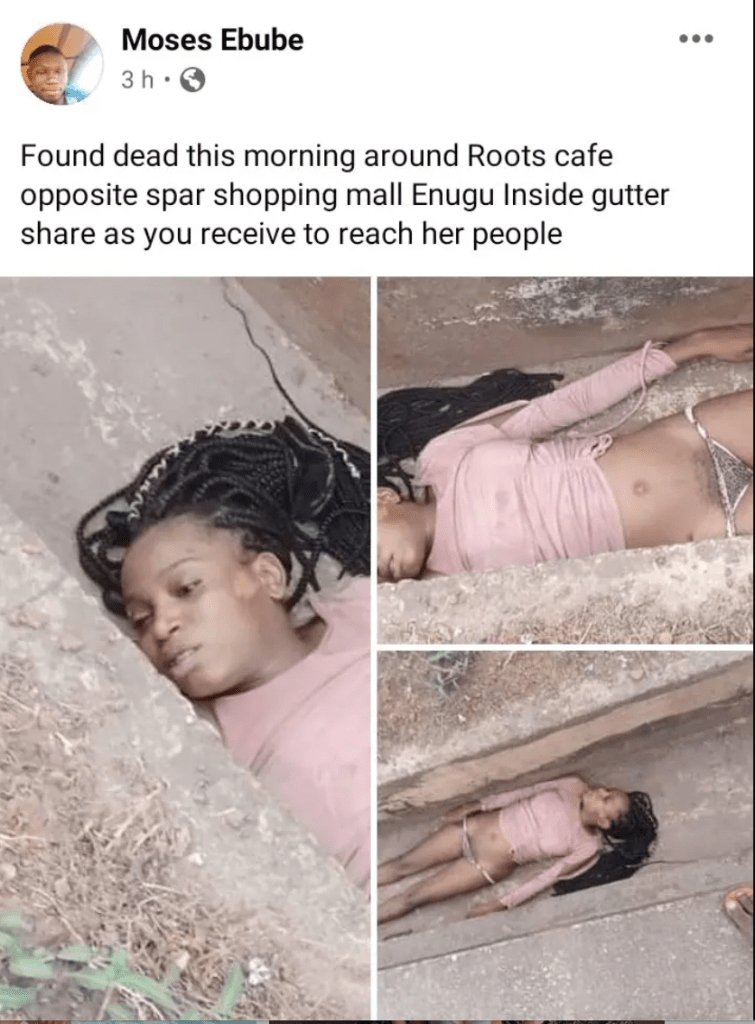 From the way the girl appeared in the photo, it is very likely that she was raped and dumped in the drainage. She was wearing only her top and underwear.

A statement by the command’s public relations officer, ASP Daniel Ndukwe, said the police have arrested two persons in connection to the alleged murder of a young girl.

“Her body was evacuated to the hospital, following information received in the early hours of Monday, 29th March, 2021 by Police Operatives attached to New Haven Police Division; and was confirmed dead, while the corpse was deposited in the mortuary for preservation and autopsy.

“The Commissioner of Police, CP Mohammed Ndatsu Aliyu, psc, has ordered the State CID to carry out a full-scale investigation to unravel the circumstances surrounding the death of a young lady,” the statement partly reads.

READ ALSO  "Winning Election Is Now A Crime In Nigeria" - Davido Reacts To Arrest Of His Uncle, Senator Adeleke

The police Boss also cautioned young persons in the State to be wary of who they go out with to avoid becoming victims of such despicable acts.

He further enjoins the general public, to assist the Police with useful information that will lead to the arrest and prosecution of the assailants.

Meanwhile, the two persons arrested are being investigated to ascertain their culpability or otherwise, in the death of the young lady.

KanyiDaily had also reported how a young Nigerian lady, Okonkwo Ngozi, allegedly committed suicide because her boyfriend dumped her after 12-years of courtship. 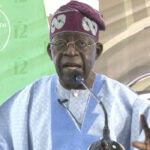 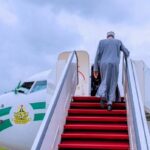